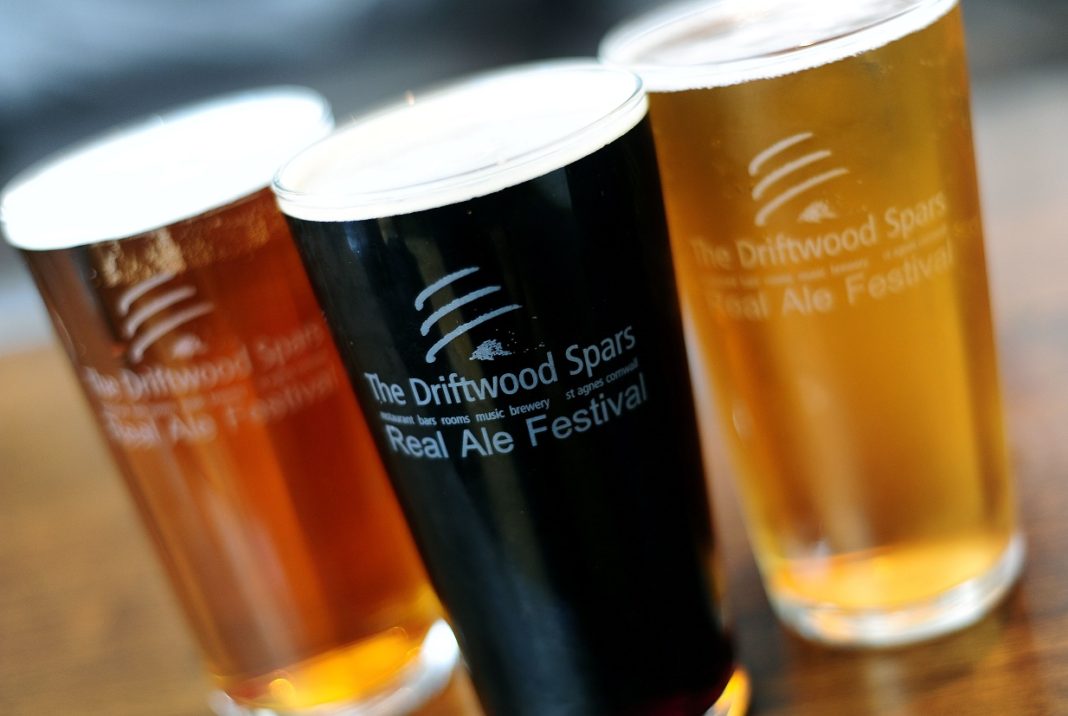 The Driftwood Spars in St Agnes is hosting a beer festival this month to showcase the diversity of beers now being produced in microbreweries across the UK.

The independent pub, which has its own in-house brewery, is a mecca for lovers of small-batch craft beers of all styles, and prides itself on an ever-changing selection.

The Dark, The Light & The Saison runs over the weekend of March 15-17 and gathers together a selection of beers chosen by landlady Louise Treseder and head brewer Pete Martin.

The pair have chosen some of their favourite pale ales, dark beers and saisons (fruity, spicy beers which often have a lower ABV and are made using local ingredients) from microbreweries as far away as Nottinghamshire and Gloucestershire.

Each producer has agreed to swap their beer for the equivalent amount from The Driftwood Spars Brewery range; an exchange which is likely to lead to future events and collaborations.

Treseder said: “Some of these beers have never been available in Cornwall before, so we’re really excited to be bringing such an interesting selection together under one roof.”