A Truro-based industry publication has been helping make the national headlines this past week.

The much-publicised European CO2 shortage story, which has led to fears of beer rationing, was originally broken by gasworld journalist, Joanna Sampson and CEO John Raquet.

“It’s been crazy!” Sampson said. “We’ve been contacted by every radio station/tv network/newspaper over the last eight days.

“The story has gone into every national newspaper which all quoted gasworld and our original story. John has also been doing interviews on BBC radio stations up and down the country as well as doing two interviews for BBC news – one last night and one last week.

“He’s going to be on CNN this afternoon and Sky News tomorrow. We’ve also had requests from Canadian TV and Turkish networks for interviews.”

Britain’s biggest pub group, Ei Group, has said it is running low on some brands, while it has been reported that a number of Wetherspoon pubs are temporarily out of John Smith’s and Strongbow.

Carbon dioxide has a number of uses in the food and drink industries, from putting the gas in beer and cider, stunning farm animals before slaughter, and as a preservative to increase the shelf-life of packaged products. 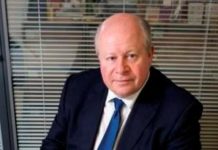 From Truro to Brazil