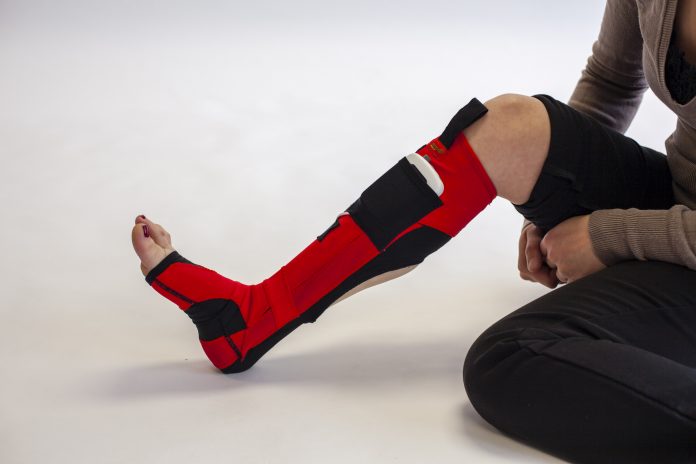 DM Orthotics, a Redruth-based company that has become a world leader in medical rehabilitation and sports performance innovations, will be launching a revolutionary new product at Naidex, Europe’s largest event for the disability sector this week.

Developed and researched over the last 15 years to correct the effect of conditions such as drop foot, the DMO Medical Flexi-trode FES system allows users to walk more naturally by combining a specially made orthotic sock with neuromuscular electrical stimulation to help lift the foot.

The first seeds of the idea were sown during a conversation in 2003 between clinical engineer Dr Rod Lane and Martin Matthews, MD of DM Orthotics and honorary professor at Plymouth University. Over intervening years, evolving technology meant the idea became reality and has subsequently been successfully refined and perfected during patient trials.

“The effectiveness of Flexi-trode comes from the complimentary way in which the two parts of the system work together,” said Dr Lane who will be giving specialist seminars on the subject on both days of the exhibition. “The DMO Dorsiflex Sock provides stability to the ankle joint at heel strike and the neuromuscular stimulation assists with lifting the foot to make walking easier and more natural.”

In addition to Dr Lane speaking about the Flexi-Trode, Martin Matthews and his clinical colleagues will be giving masterclasses at Naidex on the following topics: Dynamic Elastomeric Fabric Orthoses (DEFO) in the management of neurological conditions, the use of DEFOs in the management of neurological scoliosis and the application of DEFOs in Paralympic sport.

In 2005, Professor Matthews launched DM Orthotics with the aim of improving the lives of people with neurological conditions. From its base on the Cardew Industrial Estate, the company currently employs 53 staff and operates both nationally and internationally.

Naidex is taking place at the NEC in Birmingham on April 25 and 26. 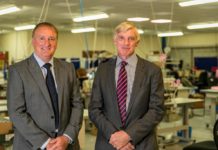 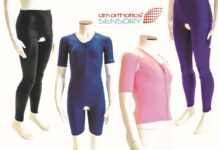 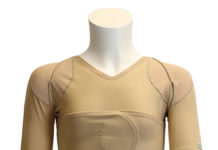