Businesses in the south west are already showing an appetite for increased trade with countries outside the European Union, according to lawyers from Stephens Scown LLP.

Ben Travers, partner and head of IP (intellectual property) & IT, was speaking after returning from the International Trademark Association’s (INTA) 139th annual meeting in Barcelona.

He and colleague Tom Moore joined more than 12,000 delegates from around the world at the largest annual gathering of trade mark owners and professionals.

During the week-long conference, the solicitors had more than 50 meetings with clients and fellow lawyers from dozens of countries, including the US, China and Australia.

Travers said: “Having a close working relationship with lawyers in other countries is important in order for us to support our clients who are trading internationally. The INTA annual meeting is always a good opportunity to meet our overseas network to discuss client matters, as well as the latest issues and changes in the law.

“At last year’s event in Florida, all the talk was about the prospect of Brexit and Donald Trump winning the US presidential election. I don’t think anyone really expected both to happen.

“This year the topic everyone wanted to talk about was, not surprisingly, Brexit.”

While formal negotiations over the terms of the UK’s departure from the EU are not set to begin until later this month, businesses are already taking steps to safeguard their intellectual property.

“A lot of clients are worried about their brands when it comes to Brexit,” said Travers. “The IP regime over the past 20 years has meant a single EU-wide trade mark registration can protect a brand in all EU member states, including the UK. We simply don’t know if that will be the case in future and if there is a conversion system, how lengthy, complicated and expensive it might be.

“Now a lot of international businesses are seeking to reduce the risk in their brands by filing separate trade mark applications in the UK as well as Europe.”

Amid the uncertainty surrounding future trading arrangements between Britain and the EU, there are signs that non-EU businesses are increasingly keen to trade with their counterparts in the south west, and vice versa.

“The majority of those we spoke to are certainly seeing Brexit as an opportunity,” added Travers. “Those from within the EU were a bit more concerned, but the non-EU countries were positive about Brexit and what it means about Britain as a country. There is clearly an appetite for the rest of the world to trade with a post-Brexit Britain. This is similar to how forex works as you can see from this forex trading website top10forex.net

“The rest of the world is seeing opportunities around Brexit, and so are our clients. We have noticed a shift in export perspective, in that people seem to be looking further afield.

“We are seeing an increase in interest from clients with projects in English-speaking countries like Australia and New Zealand, as well as previously perceived as ‘just out of reach’ countries like Turkey and Kazakhstan.” 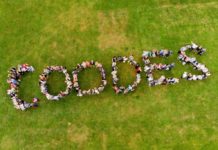 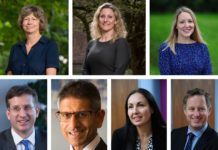