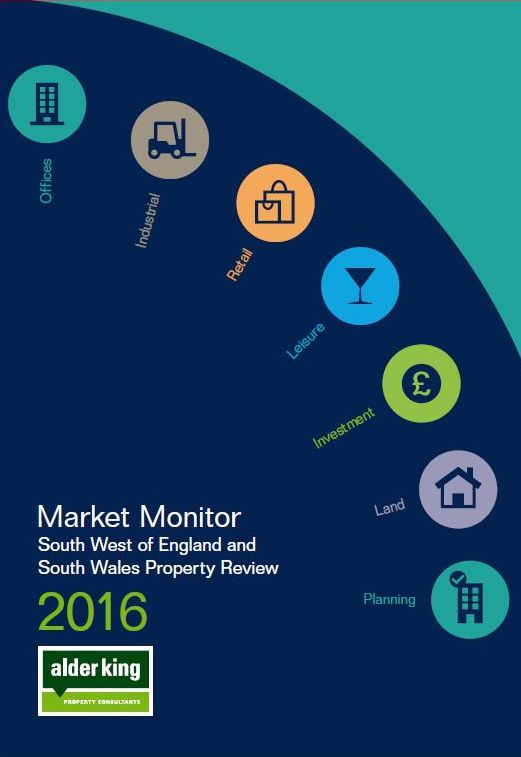 The south west commercial property market performed well in all sectors throughout 2015, although there is increasing concern about a lack of supply.

These are among the findings in Alder King’s annual Market Monitor report.  The report reveals the supply of Truro’s office and industrial space fell to some of their lowest levels for five years and although demand figures have also fallen over the past 12 months, the consensus is that these are being held back by the lack of supply.

“The cause of the constrained supply of office and industrial space in Cornwall is different compared with much of the wider south west market,” said Tom Duncan, head of agency at Alder King’s Truro office.

“While demand has remained relatively steady, rental and value levels continue to be below those required to make most new development viable without the assistance of grant funding.  Quite simply, the combined cost of purchasing land and constructing a new office or industrial building exceeds its value upon completion.

“With uncertainty surrounding the current availability and criteria for grant funding there are no significant speculative schemes currently under construction in Cornwall.

“The result is that there is some demand, especially in the industrial sector, which remains unsatisfied and will remain so until second hand stock comes to the market.

“Alternatively if timing is critical, companies may be forced to operate out of unsuitable buildings, consider re-location or pay above market value for a new build.”

Overall the south west’s industrial market performed strongly in 2015 with 5.9 million sq ft of take-up, up 18% on the previous year.

In the wider Truro area, demand dropped slightly on 2014’s figure to 200,000 sq ft but demand is often latent and only becomes apparent when a specific property comes to the market.  The supply of industrial space fell 30% compared to 2014 to 300,000 sq ft, the market’s lowest level for five years.