Reducing speed of traffic on Kenwyn Hill, pressure on hospitals and facilities in Truro and opportunities for self-build plots were some of the issues discussed at a public consultation for Pencoose Farm.

City councillors, neighbours and residents from across Truro and Kenwyn parishes attended the event to view the plans being put forward by Footsteps Investments (Truro) Ltd.

Of those who attended and completed a questionnaire, the majority – 44% – were supportive of the proposals, with 39% undecided and 17% against.

Martin Birkett, director of Footsteps Investments, said: “We were pleased with the level of interest. We wanted to create a personal and professional public consultation, and we had a steady stream of people attending from doors opening at 10.30am to close at 8pm.

“A number of people were interested in access to the site and how our proposals include a speed restriction on approach to Kenwyn Hill, which several welcomed. There was also recognition of a need to support the growing ageing population in Cornwall.

“There was lots of debate about development in Truro generally, and pressure on hospitals, schools and amenities. That’s why we working as closely as possible with Truro City Council and the Truro and Kenwyn Neighbourhood Plan to be sure that our proposals meet local need.

“We wanted to share publicly how we have been working on the proposals for more than two years, with a team of professional consultants, covering visual impact, ecology, planning and highways, and how thoroughly we have considered these issues.”

The development team will now be using questionnaires distributed at the event to create a report, which will shape the proposals up until the application is submitted to Cornwall Council, expected during November. 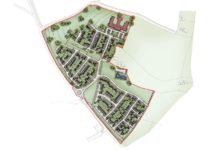