James Bailey, the tax partner at Cornish accountant, Robinson Reed Layton, has expressed his concern about the announcement that the UK and Germany have agreed a compromise on the tax relief associated with the ‘Patent Box’.

He said: “The Patent Box, together with the tax relief for research and development costs, provide valuable incentives to high tech businesses, which are an increasingly important part of the Cornish economy.

“The Patent Box regime allows a company making profits out of patents that belong to them to reduce the tax on those profits from 20% to as low as 10%.

“Apparently, Germany had expressed concern that the present Patent Box regime was likely to encourage multi-nationals to move profits from patents to the UK in order to benefit from the lower rate of tax. It appears that George Osborne has given in to the pressure and he and Germany have issued a joint ‘proposal’ for reform of the tax regime.

Bailey says the proposal is written in “almost impenetrable euro speak”, but essentially the Patent Box as it exists today will be closed to new entrants from June 2016, and the relief will be entirely abolished by June 2021.

He says it appears that it will be replaced by a new intellectual property tax relief, and if the ‘proposal’ can be relied upon, this is good news for Cornish high tech companies.

He added: “It seems that the new regime will require that any tax relief on income arising from patents is to be restricted to patents resulting from research and development carried out in the UK by the company seeking the relief.

“If this is the case, then this is good news for local high tech companies as the ones I am aware of would already qualify under such conditions.

“The problem of course is that whenever there is a change in tax legislation of a fundamental nature such as this, there is always the risk that perfectly deserving cases will fail to qualify on some technicality. We can only watch this space and hope that the new legislation is drafted more competently than is usually the case.” 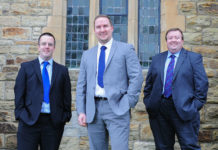 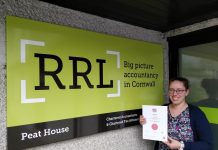 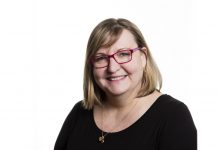