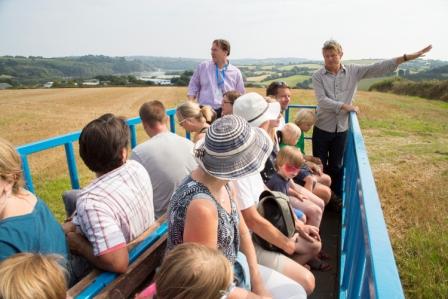 Supporters behind the proposed Higher Newham Farm & Village scheme have declared a special event to help promote the project a great success.

Yesterday’s (September 7) Higher Newham Fete attracted nearly 400 people who, as well as enjoying a range of family entertainment, were given a chance to view the Higher Newham Farm & Village plans.

It was the first time for many years that members of the public have been able to go onto the land and experience the views down to Calenick Creek and the Truro River – land the project proposes to protect forever from any future development, should it gain planning permission.

A planning application has now been submitted, which comprises a community farm, charity-run restaurant and cook school, 155 homes (at least 30% affordable) plus orchards, allotments and green space that will be open to the public via a network of footpaths and cycle trails.

The proposal also involves gifting 70% of the 92-acre site to a charitable trust, to be protected from any future development in perpetuity and used for food and farming education.

Vicky Garner, project co-ordinator for Higher Newham Farm & Village, said: “It was a great moment for all the team to see Higher Newham come alive with people – a taste of what could be if our proposals are given the go-ahead.

“The fete was another part of our ongoing conversation with the people of Truro and Cornwall, and we enjoyed the opportunity to answer questions as well as hear so many words of support. Now that the plans have been submitted to Cornwall Council, if you like what you see, it’s the moment to tell them.” 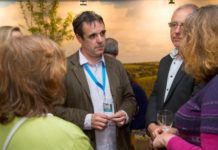