A local tax specialist believes that a new “simplification” of the inheritance tax rules, announced by HM Revenue & Customs last Friday, is a “simplification in the style of Genghis Khan”.

James Bailey, tax partner at independent firm of chartered accountants and chartered tax advisers Robinson Reed Layton, said: “The changes made to the inheritance tax rules from Friday June 6 will cause significant problems.”

He continued: “Like so many tax increases, the changes are described as intended to “simplify” the rules for inheritance tax, however I am sceptical about this claim as this is “simplification” in the style of Genghis Khan – “give us all your chickens or we’ll kill you”.

“Essentially, HM Revenue & Customs are changing the way in which inheritance tax is calculated on trusts. It is likely to have the effect of increasing the amount of tax that is paid when property goes into or out of a trust, and the tax that is required to be paid on property remaining in a trust every ten years.”

Until now, many people have had a policy of using trusts to transfer property to the value of the ‘nil rate band’ – currently £325k – to their families every seven years. If the new proposals are introduced, says Bailey, this will no longer be possible.

He added: “These new rules are going to make it much harder and much more expensive to pass assets down the generations, and to make gifts during your lifetime.” 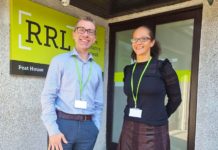