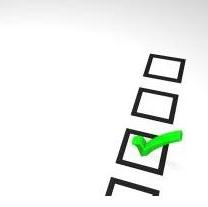 According to a newly-published survey, 83% of south west business women say that work-life balance is their biggest priority, while less than a quarter (22%) believe that a ‘glass ceiling’ is impeding their career or business success.

These are among the top-line findings of more than 500 respondents to a survey for Women in Business, arranged by accountancy firm Bishop Fleming.

More than half the 500 respondents (53%) rejected the idea of mandatory targets for women in the boardroom, while more than a third (35%) said that mentoring was the best way to support their career or business ambitions.

Almost as many (33%) identified their need for local networking events with like-minded women.

Fleur Lewis, a director at Bishop Fleming, who composed the survey, commented: “We are delighted by the response we have had to our first Women in Business Survey. Women in business throughout the West Country are clearly keen to voice their opinions on the issues facing them in the work place.”

An overwhelming 84% of respondents use their car to get to work. The biggest proportion (39%) described south west transport services as “average”, while 28% described them as “poor”, and 7% as “appalling”.