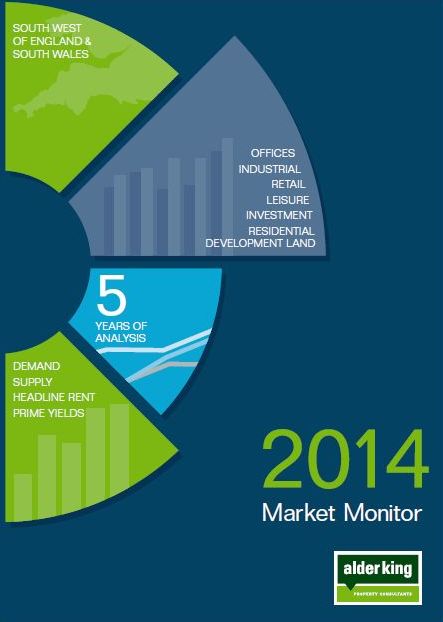 With the availability of good quality office and industrial space at a five year low in the south west, Alder King’s annual report predicts more speculative development and rental growth in 2014.

Market Monitor, Alder King’s annual report into the region’s commercial property market, has revealed that the supply of office and industrial space in the south west is at its lowest level for five years. The fall in supply, combined with a marked recovery in occupier confidence, means prospects for further speculative development and rental increases in 2014 are the most optimistic since the downturn began in 2008.

The market in Cornwall is less optimistic, however, with grant funding still required to make traditional office and industrial development a viable proposition for developers.

In Cornwall, the report says the industrial sector performed strongly last year, with take up of space increasing significantly to 200,000 sq ft, up from 80,000 sq ft in 2012. Enquiry levels also increased, with a preference for quality modern units with good access to the A30.

The lack of good quality office space in Truro city centre with car parking hampered take up last year. The total amount of office space in the wider area stands at just 125,000 sq ft, down from 200,000 sq ft in 2012.

The south west investment market gained in strength in 2013, according to the Market Monitor – most notably in the final quarter, with transactions totalling £695 million. Truro’s share amounted to £42.75 million, most of which came from the sale of Lemon Quay for £40 million.

Tom Duncan, head of agency at Alder King’s Truro office, said: “After a positive 2013 and with signs of increased speculative office and industrial development elsewhere in the south west, it is anticipated that Cornwall should see some improved performance in the coming year.

“With a resurgent residential land market and strengthening investor confidence in the regions, the coming year should see activity in the commercial property market return to pre-recession levels.”