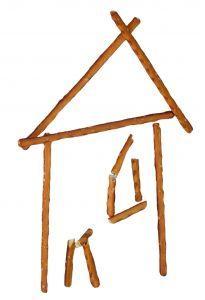 Inox Group, the Exeter-based company behind a £400 million development on the edge of Truro, has blasted Truro City Council for mounting a legal challenge to the planning permission that Inox was granted earlier this year.

Inox managing director Rob Saltmarsh said he was “bewildered” at why Truro City Council was pursuing a judicial review – which he says is at taxpayers’ cost – of Cornwall Council’s decision to approve the outline scheme when just 12 people had registered an objection.

In July, Cornwall Council approved an application from Inox for 1,500 new homes – including 525 affordable homes, plus a primary school, care village, community centre, hotel and a 600-space extension to the Threemilestone Park and Ride on land at Langarth Farm.

The scheme would also create some of the shared infrastructure for the proposed Stadium for Cornwall. The stadium was granted planning permission in April this year.

But Truro City Council is seeking leave for a judicial review into Cornwall Council’s decision to grant the Langarth Farm scheme planning permission.

The city council lost a similar legal challenge against the Truro Eastern District Centre proposal in August, which has been reported to have cost it £20k. In total, the city council has set aside £45k to cover the costs of both actions.

Saltmarsh said: “We are bewildered that Truro City Council is seeking to jeopardise an investment of £400 million in the city and put further taxpayers’ money at risk. They have already lost a judicial review into Cornwall Council’s consent for the Truro Eastern District Centre which cost them around £20k in legal fees, and had further costs awarded against them.

“Inox is exceptionally confident that this judicial review application will ultimately fail, but the city council is dumping another bill on taxpayers by trying to overturn the consent for our scheme, and in whose name?

“Where is their mandate, especially given we had just 12 written objections to our application out of a population of 20,000? If you asked the hard working people of Truro whether they’d prefer tens of thousands of pounds of their money to be frittered away through pointless legal actions, or invested in something like a Christmas lights display or better public conveniences, you can guess the answer.

“It frankly beggars belief that the elected body that claims to represent the city’s interests should seek to use the courts to stifle a £400 million private investment that will deliver 1,000 jobs and 525 affordable homes at a time when there are almost 2,000 people waiting for an affordable home in the area.”