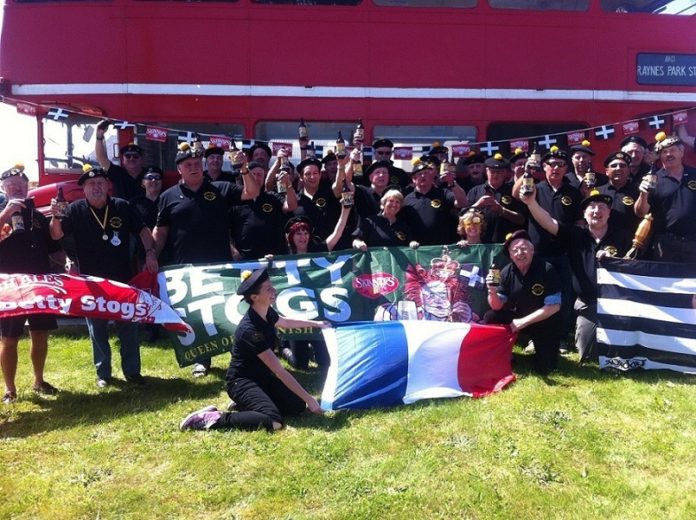 Skinner’s Brewery is exporting three of its ales to France, for the first time this month.

Over 2000 bottles of Cornish Knocker, Heligan Honey and Betty Stogs will cross the Channel to be sold in Brittany.

The ales will be available at the Wine Beer Supermarket (WBS) in Roscoff, next to the ferry terminal and well known for the big red London bus that sits outside it. The supermarket has agreed to stock Skinner’s ales following repeated requests from ex-pats living in Brittany.

Chris Bullimore, UK Consultant of WBS explained. “I asked customers passing through the store over a three-month period which brewery they considered to be the best in Cornwall. Skinner’s Brewery was the overwhelming favourite, despite stiff competition.”

Skinner’s chief executive Steve Skinner also believes that the Cornish ales will go down well in France. He said: “It’s not just expats that will benefit from our decision to export ale. The Bretons are our Celtic cousins and they appreciate traditional craft brews like Skinner’s.

“Traceable, artisan food and drink is held in high regard by the French nation. It’s incredibly important to us that Skinner’s ales have provenance, which is why we use only Cornish barley, and this has real appeal to those that share our Celtic roots.”