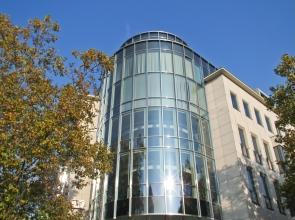 The report reveals an encouraging level of activity, particularly in the offices sector, in spite of the challenging economic conditions. At the midway point of the year, office take-up has improved in most of the key centres including Swindon, Bristol, Bath, Gloucester, Taunton and Plymouth.

In and around Truro, the level of take-up of office and industrial take-up has reduced slightly compared to 2011. However with many deals taking longer to complete in an uncertain market, Alder King remains hopeful that the year-end figures will be similar to 2011.

Headline retail rents in Truro have remained strong compared to the majority of the rest of Cornwall. Falmouth also continues to attract strong interest in the prime sector, with a recent transaction achieving a headline figure in excess of £60 per sq ft (£645.86 per sq m).

Tom Duncan, head of agency at Alder King’s Truro office, said: “Not surprisingly, a lot of deals currently being concluded are tenant-friendly, incorporating break clauses and significant incentive packages but the encouraging feature at the half year is that more deals are happening.”