An eco-friendly business in St Agnes which is already recognised for its commitment to a sustainable future, is pledging to reduce its carbon footprint by another 10% in 2010.

Ecohouse, which designs and builds energy efficient homes in Cornwall, has signed up to the recently launched 10:10 campaign. Director Robin van der Bij commented: “Today we’re joining thousands of individuals and organisations from across the country to unite behind one simple idea: a 10% cut in carbon emissions during 2010.

“Cutting 10% in one year is a bold target, but for most of us it’s an achievable one, and is in line with what scientists say we need right now.”

In the last year the company has expanded and moved from a home office environment in a purpose built ecohouse, with solar panels delivering hot water, high levels of insulation and energy efficient lighting.

And now it is looking to push the boundaries further. Van der Bij explained: “We are currently running four building sites around Cornwall, with others due to start in the next few months. Needing to be on sites most days of the week means our largest carbon demand is through motor fuels.

“In response we are investing in the most fuel efficient car on the market, a white Smart car. It has a combined mpg of 80. This will not only reduce the environmental cost of our motoring down by 25% but will also save us a considerable amount in money too. We will also be having it sign written as part of a rebranding project for Ecohouse.” 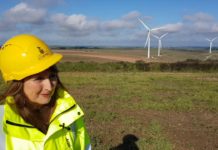 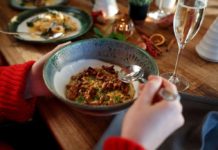 Cut your carbon footprint this Christmas 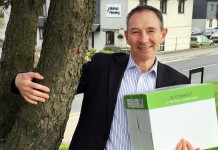