Cornish families waiting for an affordable local home have rocketed by 42% in just five years and the recession is making things worse.

The new figures were revealed in yesterday’s launch of the National Housing Federation report ‘South West Home Truths’. The report confirms that the recession has made the affordable housing crisis in Cornwall worse.

The ‘South West Home Truths’ report 2009 was compiled using the most up to date government figures and additional research. It shows that the average Cornish house is now 12.4 times the average Cornish income, one of the worst affordability gaps in the UK. In 2008 only 1031 new affordable homes were delivered in Cornwall, despite a waiting list of over 17,000.

Under current rules affordable homes are frequently built as a proportion of a new market price development. As the recession has hit, fewer new houses have been built, meaning less new affordable homes.

In response to the report Matthew Taylor MP called on the government to increase public investment to support the building of more affordable housing, and to use the nationalised banks to make mortgage funds more available for low cost shared ownership. Taylor, who is now national chair of the National Housing Federation, called on all local authorities to assess housing need in rural areas, and to publish an action plan of how they are going to deliver affordable homes.

“Lack of affordable homes drives young people and families out of our villages and results in the closure of the shop, the school and the pub. It is absolutely essential that the issue of affordable housing in rural communities is kept at the top of the agenda, and that’s what this report is all about.” 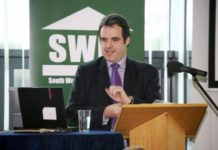