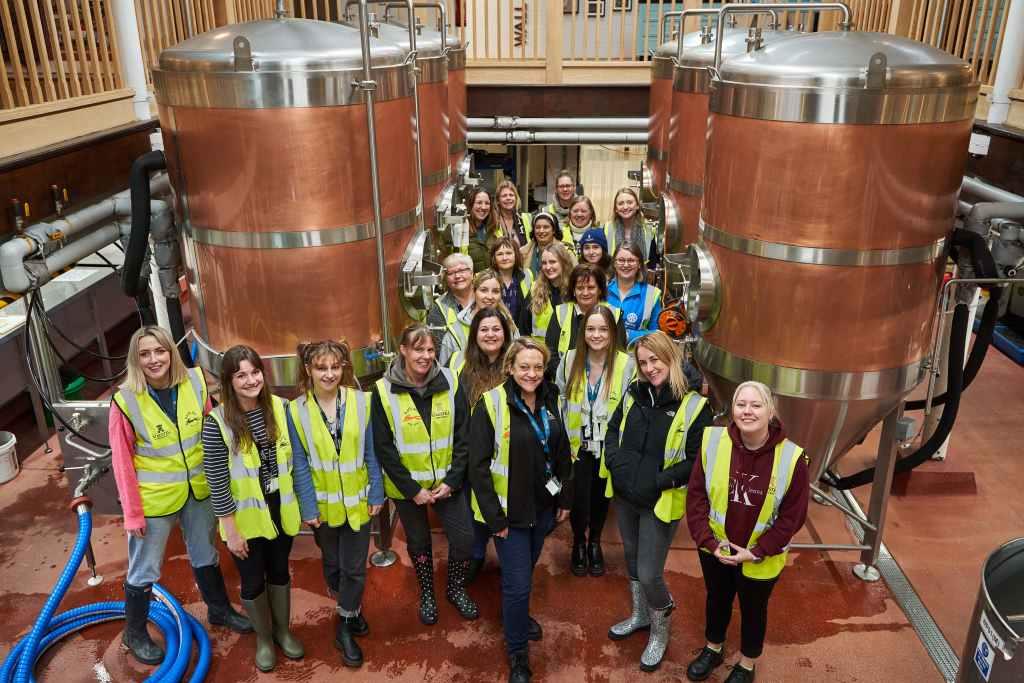 Gineous will be available in select pubs across the south west from next week (Mar 8).

Last month 25 women from across St Austell Brewery collaborated with brewing director, Georgina Young, to brew the beer, paying tribute to the women who have played a role in the business over the years and continue to do so. Volunteers from head office roles and the company’s pub estate got stuck in, squeezing fruit, adding hops, mashing, digging out spent grain, pitching yeast, and learning all about brewing in the process.

Gineous is the first beer in St Austell’s Cask Club series for 2022. The Cask Club – formerly known as the Small Batch Club – is an initiative which allows pubs to serve up new and limited-edition St Austell cask brews for their customers each week. The Cask Club is also an opportunity for St Austell’s brewing team to get creative and experiment with different beer styles from around the world.

Young said: “It’s been a fantastic experience bringing women from across the business together to brew such a unique beer, and to demonstrate how exciting and creative the brewing process is.”

She added: “Gineous is a delicious fruity pale ale, with added juniper, orange peel and bergamot. A splash of Gin 77 – a London dry gin which was kindly donated to us by Bristol Distilling Company – lifts the flavour of the beer, adding notes of fresh grapefruit zest, root ginger, and pink peppercorns.”