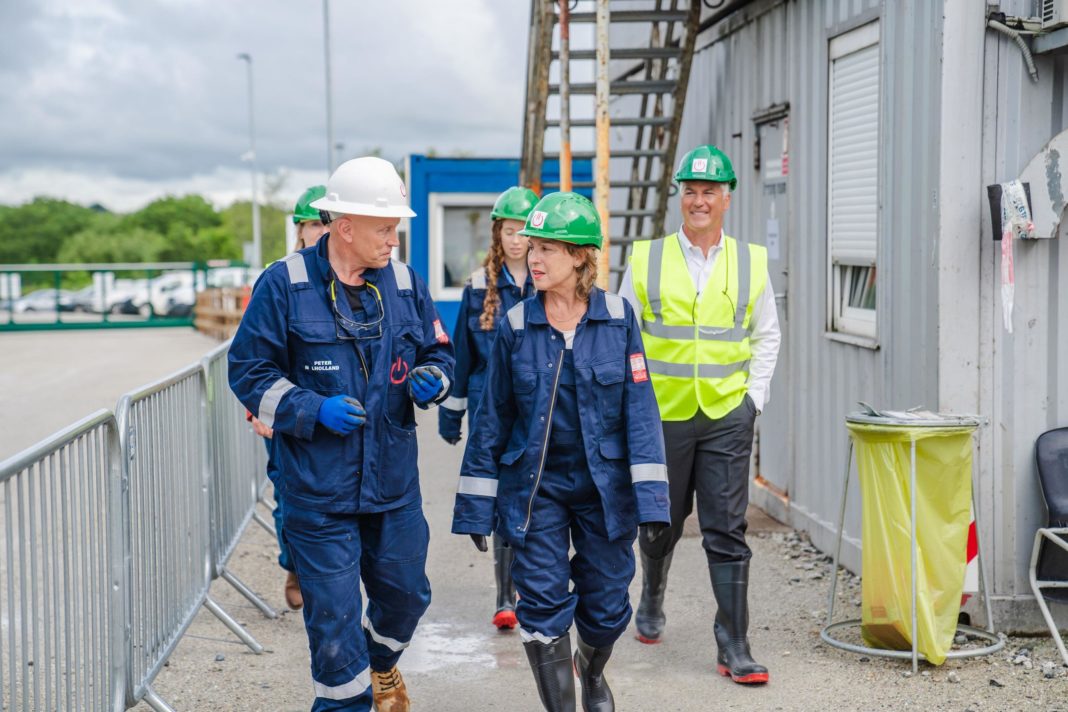 Environment Minister Rebecca Pow has made a special visit to the Eden Project to see first-hand the pioneering Eden Geothermal energy project and then tour the biomes with co-founder Sir Tim Smit.

Drilling of the first well by Eden Geothermal Ltd began in the middle of May and is making good progress, now reaching a depth of 1,200 metres, about a quarter of the total depth.

At the geothermal site, the Minister was hosted by Richard Day, chairman of Eden Geothermal Ltd (EGL), and Augusta Grand, EGL’s executive director.

She was then met by Sir Tim Smit and Eden Project interim chief executive David Harland on a journey around Eden, learning about the project – now in its 20th year – and the progress of other Edens around the UK and overseas.

The Minister was shown a model of Eden Project North in Morecambe, Lancashire, which Eden hopes to open in 2024.

Environment Minister Rebecca Pow said: “The Eden Project is a shining example of the action being taken to create alternative heating sources and to pioneer sustainable ways of reaching Net Zero.

“I was delighted to see the geothermal project and hear about its potential as a renewable energy source and then to plant a tree in the world-famous Eden gardens as part of our Plant for Our Planet initiative. This is encouraging everyone to do their bit to increase nature and adapt to climate change.

“We must all take action – however small to tackle climate change and restore nature, the Eden Project is focusing on these issues and I look forward to seeing how their work continues.”

Sir Tim added: “I’m delighted the Minister came to see our thrilling geothermal plant and explored how Eden is developing its Emergence Academy thinking so that we look at the natural world as a whole where clean air, water, soil and energy are seen as the birthright of the future and natural integrated systems we all depend on and need to nurture.

“For me, the Minister’s commitment to these values and insistence that we must effectively halt systems damage and create a national benchmark of environmental standards against which we are all judged for the first time, giving us a policing mechanism against which policies can be developed, strategies implemented and fiscal policies encouraging good behaviours put in place, is the start of a new era.”