EGL is working with the Government and UK private investment to unlock the clean, geothermal energy deep in the granite beneath Cornwall.

After an extensive procurement process, EGL is moving into the development phase at the Eden Project’s site near St Austell. Construction works are well underway for the access road, drilling apron and site offices for the pioneering geothermal heat and power project.

Drilling on the site is expected to begin in early Spring, taking around five months to reach terminal depth of 4.5km, deep into the granite where temperatures are expected to approach 200 degrees Centigrade. 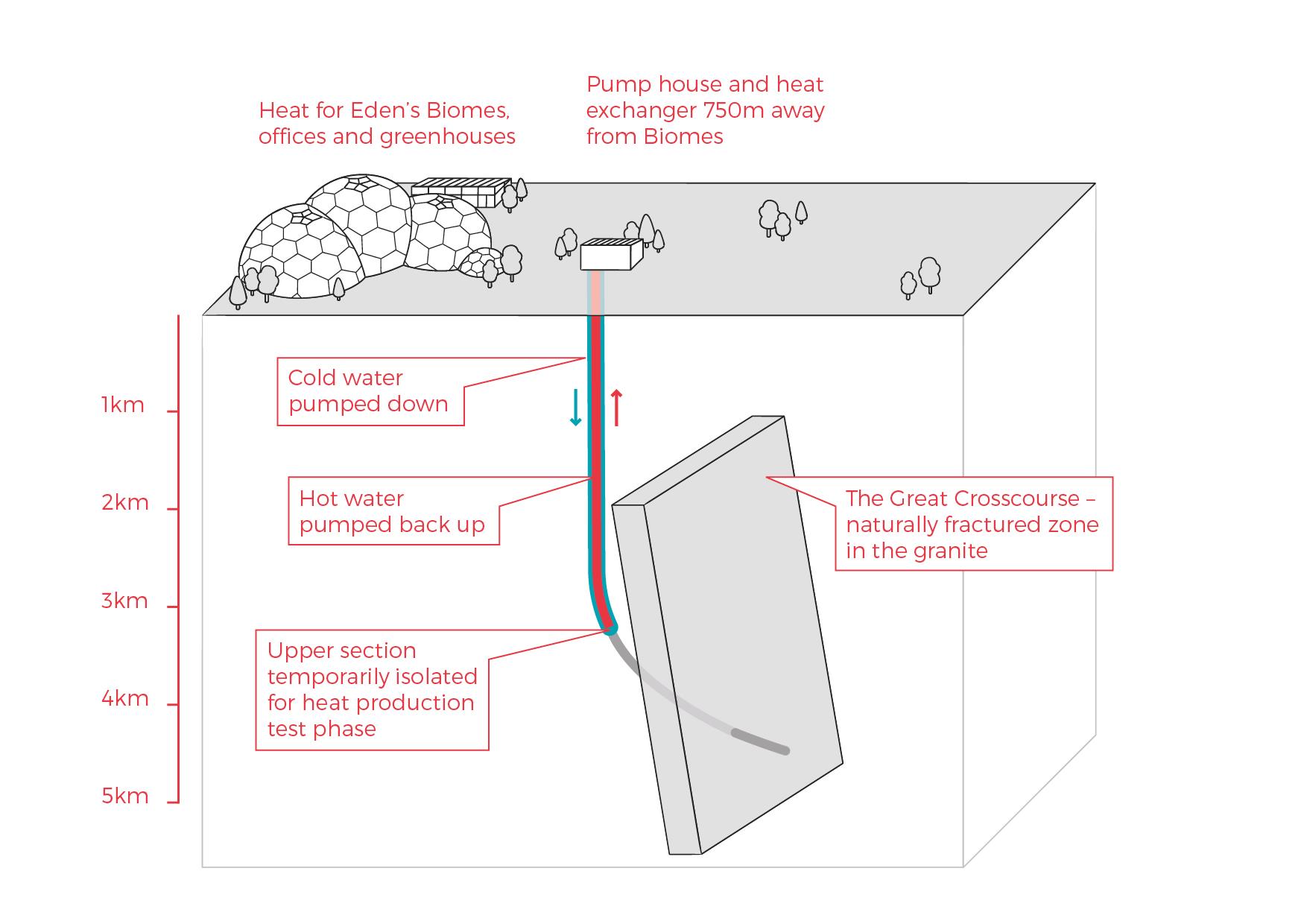 EGL secured £16.8 funding million from a combination of ERDF, Cornwall Council and institutional funding to drill the first well. This has increased to £17.3 million of funding, in line with recent cost increases due to Covid-19.

Gravis specialises in long-term investments in projects which will be needed by the UK for many years to come, driven by a strong focus on delivering dependable, predictable income.

Nick Parker, a founder director of Gravis, said: “Gravis is delighted to have reached this milestone in what is a hugely exciting project. We look forward to working with the team over the coming years to ensure its successful delivery.”

Philip Kent from Gravis has joined the EGL team as a non-executive director on the main board.

Richard Day, chairman of EGL, said: “As well as providing funding, Gravis have been helpful in other areas of advice and support. We value our relationship with them and welcome Philip to our board. This has been a period of intense activity from all the members of our operational and technical teams.

“Notwithstanding Covid-19, they have worked throughout the period without interruption, to bring together world-leading expertise, service providers and equipment, which will enable us to start development on this valuable and environmentally friendly power source for Cornwall, and contribute to the delivery of the National Infrastructure Strategy.’’

Augusta Grand, Executive Director of EGL said: “The site development is getting on well and we have secured a great rig.  It is one of the most powerful available, with a capacity of 450 tonnes.

“We’ve also finalised contracts with a host of leading service and equipment providers for well casing, mud slip materials, seismic monitoring and others.’’

The first well will initially supply a district heating system for Eden Project’s Biomes, offices and greenhouses. It will pave the way for the second phase – another 4.5km well and an electricity plant.

Completing the second phase will mean that EGL will be generating sufficient renewable energy for Eden to become carbon positive during 2023 as well as aiming to be able to provide heat and power for the local area.