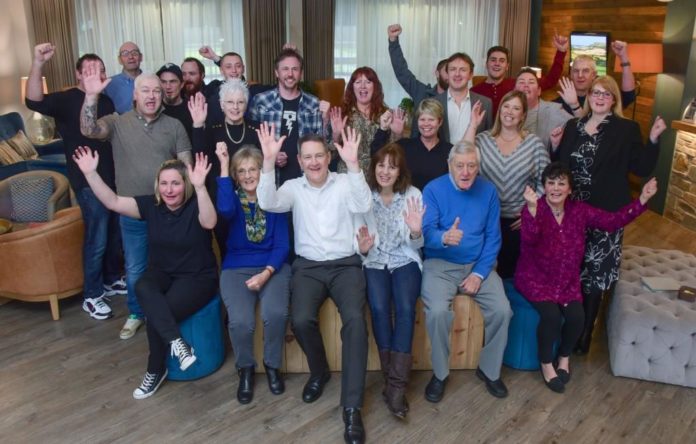 A small family-run business based in Victoria near St Austell is the latest Cornish firm to become employee owned. The 25 staff now own 100% of the company through an Employee Ownership Trust.

The business was originally started by current MD Graham Honey’s father in 1972 and Graham joined in 1985. As he began thinking about succession and his own retirement, he started looking into employee ownership.

“For me there were two driving forces behind employee ownership over any other exit strategy,” he explained.

“Firstly, I didn’t like the idea of selling the business to a competitor. I’ve seen many times the negative effect this can have on a business and its staff. It was also important for me to create a personal legacy. I’ve spent 35 years building up this business which my Dad started and I wanted to find a way to preserve that for the benefit of everyone who works here.”

As part of the transition, longstanding managers Adam Gilbert, Clare Smith and Anthea Newman have been appointed as directors. Graham Honey will stay on with the business for a handover period to support them and newly appointed MD Nic Southcott.

He said: “As an employee owned firm ourselves, we know first-hand what is involved in becoming employee-owned and the benefits it can bring.

“Employee ownership delivers benefits for businesses who want to grow and is also an increasingly popular form of succession planning for owners who want an exit strategy that not only matches the culture and values of the business, but also comes with some enhanced tax advantages.

“I am particularly pleased to see Cornish businesses recognising the benefits of employee ownership. Altec’s move to employee ownership comes just months after Bluefruit Software, one of Cornwall’s most successful technology businesses, established an Employee Ownership Trust which now majority owns the business.”