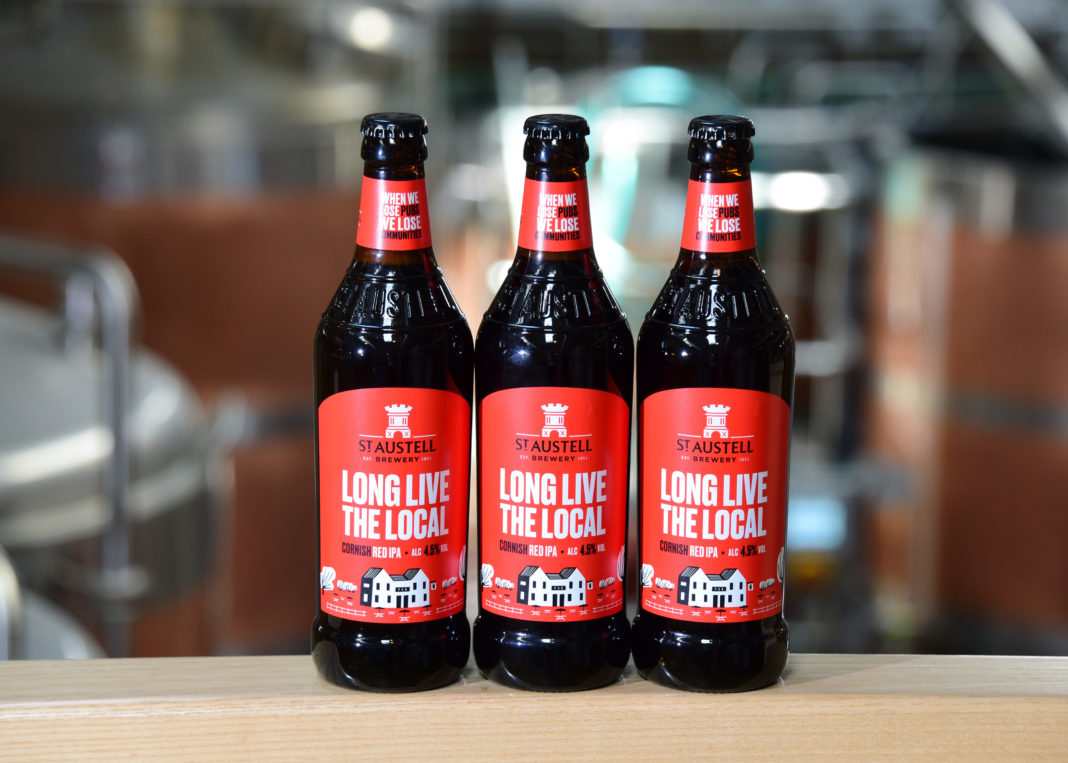 St Austell Brewery has brewed a one-off beer in support of Long Live the Local, the campaign to save the Great British pub. It celebrates the vital role pubs play in our communities, culture and the economy and highlights the jeopardy they face.

David Cunningham, the campaign’s programme director, visited St Austell Brewery to help brew the Cornish Red IPA, aptly named Long Live the Local. The beer will be used at events to campaign for petition signatures, calling the Government to relieve pubs of rising tax pressures at the upcoming budget.

The IPA’s red hue is inspired by the Chancellor’s iconic red Budget box.

St Austell Brewery will also be sending Long Live the Local activation kits – including beer mats and posters – to 176 of its own pubs and 500 of its customers, to raise further awareness of the campaign.

Cunningham said: “We’re grateful to St Austell Brewery for helping to amplify our message. Having our own great-tasting bottled beer will really help us to spread the word about our campaign and the petition to cut beer tax.”

St Austell Brewery chief executive, James Staughton, added: “We encourage everyone to support the Long Live the Local campaign. The pub industry creates jobs, encourages tourism and most importantly, provides places for people to gather and socialise. As an independent, regional brewery with our own pub estate, we’re keen to ensure that local pubs remain vibrant and successful – but rising costs are putting small businesses under strain.

“Pubs have been the heart and soul of British culture for generations. It’s vital that we do all we can to work with the government to safeguard their future.”