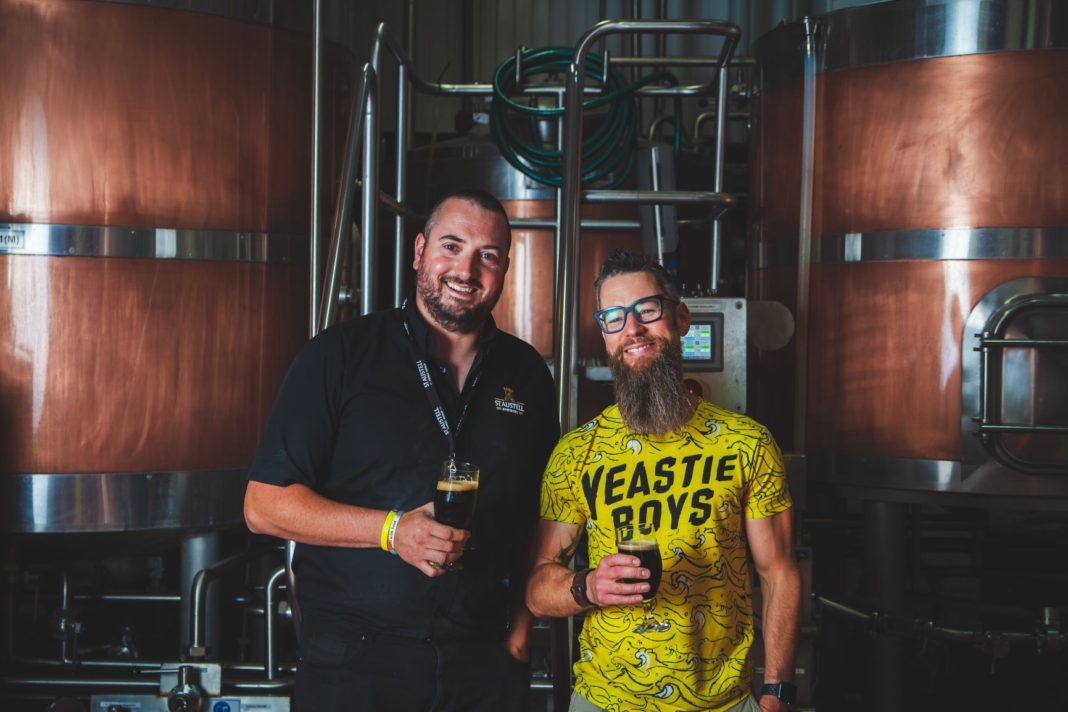 The founders of Yeastie Boys, Stu McKinlay and Sam Possenniskie, have been leading the craft beer revolution in New Zealand for the past seven years and have gone on to hire brewing teams in Australia and the UK.

As the name suggests, Anthracite is a ‘coal coloured’ beer. The black IPA is brewed with hops from across the world – including New Zealand-sourced, Moutere – “providing refreshing, tropical and tangerine flavours”.

The team approached the brewing of Anthracite in a new way – rather than mashing the special dark malt as they would usually, they added it on top of the mash, cold, to extract the colour while leaving “roasty, astringent” flavours behind.

Brewing and bottling manager, Rob Orton, said: “The Yeastie Boys are a great bunch of guys who are well known for their innovative brewing techniques, so it made sense to brew an All Black beer, inspired by New Zealand – a nod to their flag and their sports teams.”

Anthracite will be on sale at select pubs that are part of the Small Batch Beer Club from September 2.