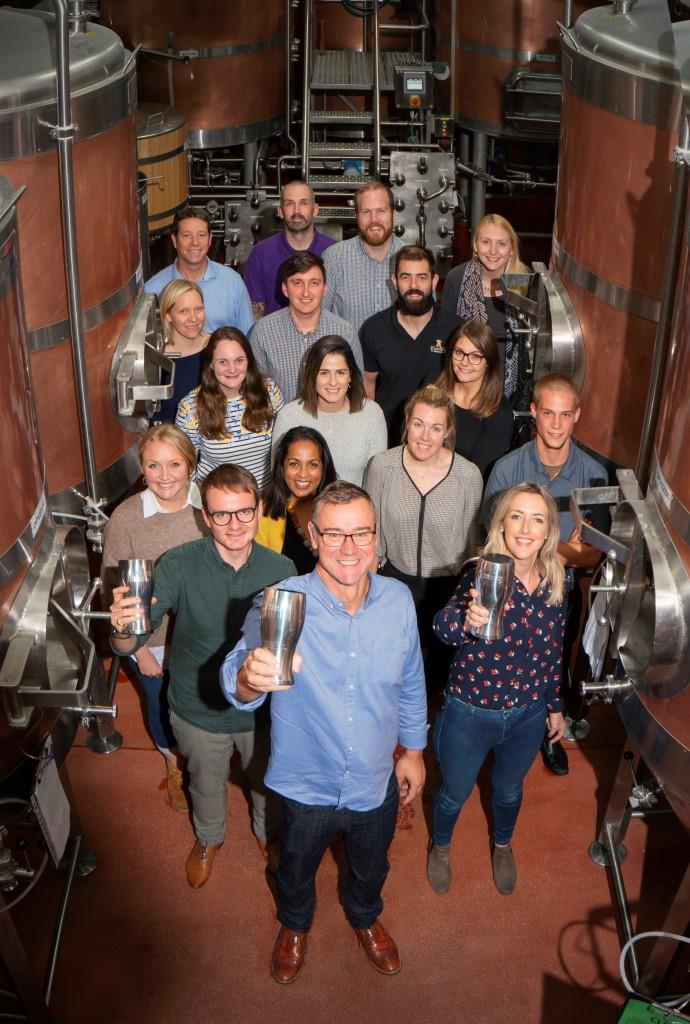 St Austell Brewery swept the board at this year’s Beer & Cider Marketing Awards, picking up a hat-trick of prizes including the top Grand Prix award for best overall marketeers in the business.

As well as being shortlisted for Best Public Relations Campaign and Best Business to Business Campaign, St Austell went on to pick up the Best Overall Beer Marketing award before going on to pip Thatchers – which picked up Best Cider Marketeers – to win the Grand Prix award for Best Beer and Cider Marketer in the Business.

Marketing and communications director, Jeremy Mitchell, said: “Winning these awards is an absolute thrill for all of us at the brewery.

“These awards celebrate everything that is great about beer and cider and there’s no better praise than to be acclaimed by peers within your own industry.”