The agreement sets out the terms of the future development of the Eden Project in Qingdao, including design, construction and operation of the attraction. The signing ceremony took place at the British Ambassador’s Residence in Beijing.

Eden Qingdao will be themed around water and will feature the world’s largest indoor waterfall, which is set to be more than 50m high – roughly the same height as Niagara Falls on the border between the USA and Canada.

The project is due to cost £150 million and will create 80 jobs. Construction is due to begin this year and the project will open to the public in 2020.

Harland has been travelling with the Prime Minister, Secretary of State for International Trade Liam Fox and other UK business leaders as part of the three-day trade delegation to China to promote the Mrs May’s vision for a “global Britain”.

Harland said: “This is a huge development in the history of the Eden Project and the biggest step we have yet taken towards opening an Eden Project in China.

“We are very excited about the possibilities for this attraction and the city of Qingdao and are very pleased to be working with our friends and colleagues at China Jinmao Holdings Limited.”

The agreement follows the creation in July last year of Eden Project International Limited (EPIL), a company formed to drive the establishment of Eden Projects around the world. Eden Project Co-founder Sir Tim Smit is executive chairman of EPIL.

EPIL is a new entity formed as part of the Eden Trust to partner with like-minded organisations to deliver the Eden mission and to deliver social and ecological benefits during a time of global environmental decline and social disruption.

The new projects will focus on the big global challenges as defined by their specific localities – such as soil, water, food and biodiversity – and will work in collaboration with a wide variety of organisations, companies, communities, research and conservation groups.

Eden Project International is currently working on four projects in China and others in Australia and New Zealand. Other overseas projects, including some in the Middle East and North America, are due to be announced in the coming months. 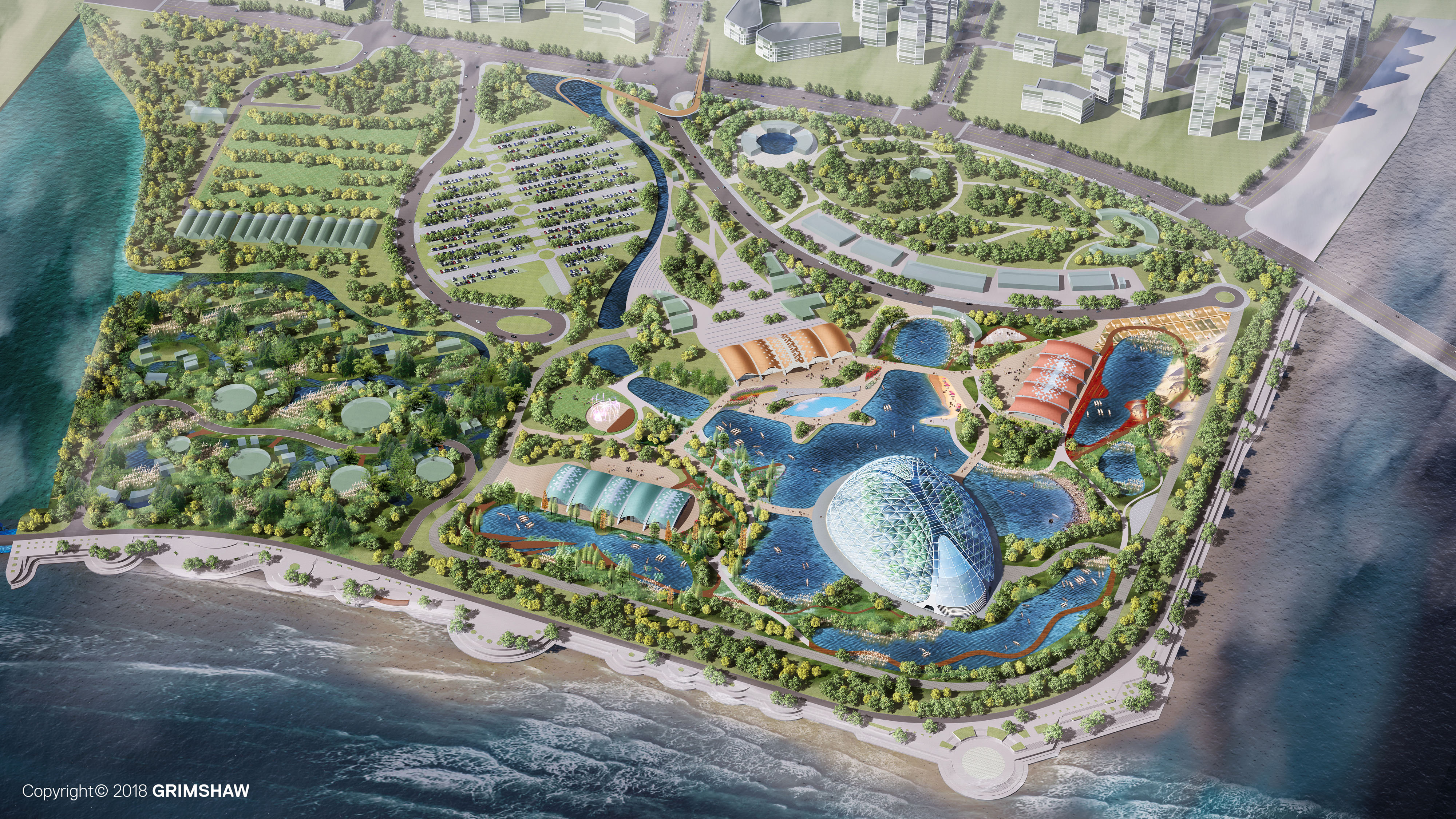 Eden is working on the China, Australia and New Zealand projects with Grimshaw Architects, who designed the world-famous Rainforest and Mediterranean Biomes at the Eden Project.

Among Eden’s proposed projects in China is one in the historic city of Yan’an, famed for being the end of Chairman Mao’s Long March and north of the Xian, home of the terracotta warriors.

This project will explore the theme of land and soil and its importance for life on earth. The project will showcase ecological restoration as a vital tool for the future and restore a degraded site just outside the city into a fertile valley full of flowers, agriculture, craft and education.

Eden has announced that it will undertake pre-planning and early feasibility consultancy work for a project in Jizhou (near the city of Tianjin) in a former limestone mine with the ultimate aim of regenerating the landscape and surrounding area.

Eden is also working on a project based at Sheng Lu Vineyard in Beijing. The aim is to create a place to reconnect with nature. Education and training programmes will run from here, offering the chance for children and adults to play in natural environment.

Eden has been asked to provide support in turning the vineyard into a profitable and educational visitor attraction as well as supporting education and offering horticultural and landscaping advice.