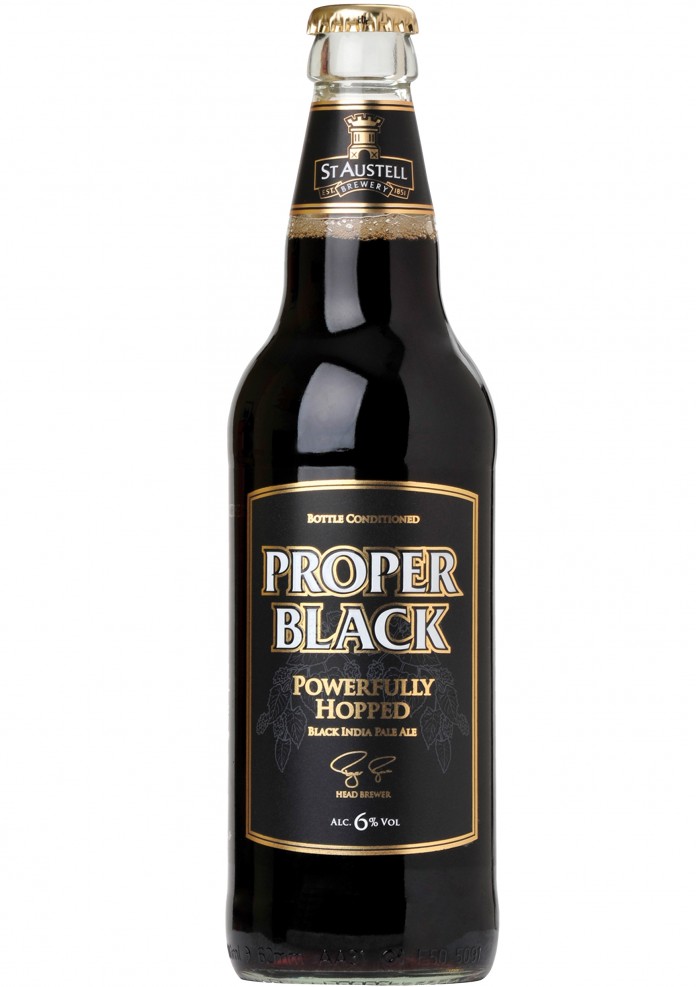 St Austell Brewery has partnered with Tesco in an exclusive deal to sell its first black IPA.

The 6.0% black India Pale Ale will be sold in Tesco stores nationally from June.

Tesco’s beer buying manager, Chiara Nesbitt, said: “I discovered St Austell Proper Black on a recent visit to Cornwall. It’s an absolute gem of a beer that instantly caught my attention – as soon as I tried it I just knew we had to add it to the Tesco range.

“This is one of the best aspects of my job, being able to discover these little nuggets that are so different and exciting for our customers.”

Proper Black was first brewed over three years ago as a limited edition cask ale.

It was then brewed again in the new small batch brewery for the 2015 annual Celtic Beer Festival, where Tesco snapped up the brew for an exclusive listing in its stores.

Roger Ryman, Head Brewer and Brewing Director at St Austell Brewery said, “We are delighted that Tesco has decided to exclusively list this beer for its stores as it is an unusual one for beer lovers.

“A Black IPA is one that stimulates debate, as it is a fusion of two beers that some people don’t think should be mixed. Its origin comes from American craft beer makers, who are synonymous with combining beer styles. I was inspired to try and brew my own when doing a beer tasting session at a bar in London, as it wasn’t something we had tried before at St Austell.”