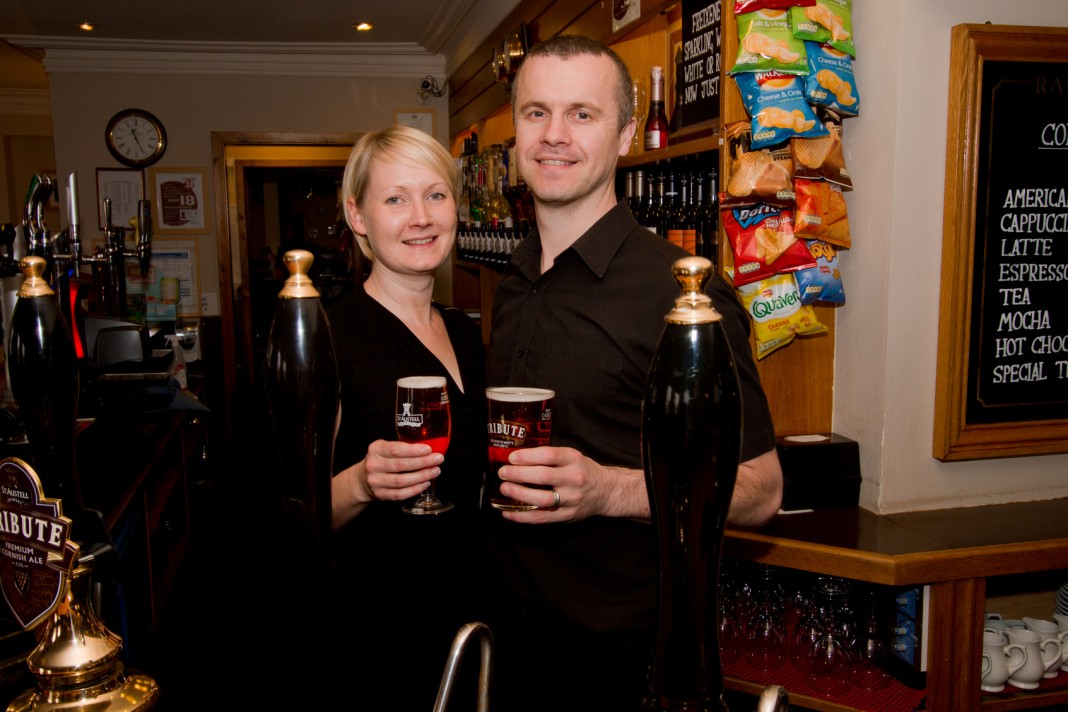 Rob and Lucy Brewer, managers of The Rashleigh Arms in Charlestown, have been named as one of the six finalists in this year’s Licensee of the Year Awards.

The couple have been running the St Austell Brewery inn and restaurant, with en-suite accommodation, for the past nine years.

In 2014, The Rashleigh Arms was named as South West Best Cask Beer Pub in the Great British Pub Awards, and also received a bronze in the Pub of the Year category at the Cornwall Tourism Awards.

Alongside a host of internal accolades from operator St Austell Brewery, the couple received Managed Pub of the Year from the 2010 Publicans Awards.

The six finalists now face a panel judging day in May where they will be quizzed by industry experts in four areas; Marketing, Industry Affairs, Finance and People & Training.

All finalists will be presented with trophies at the British Institute of Innkeeping (BII) summer event in June.