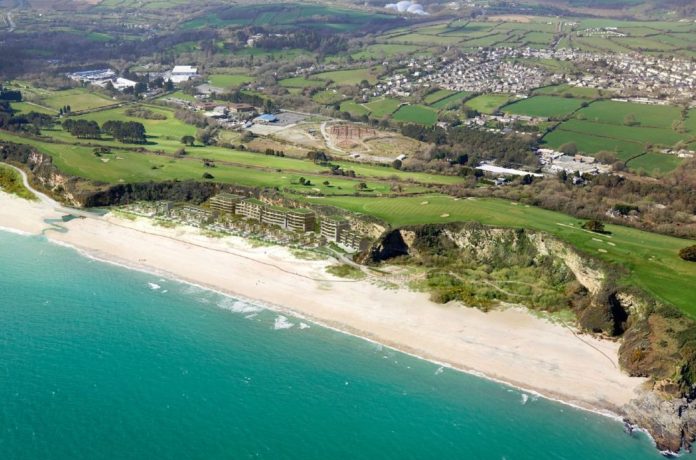 An application for ‘Reserved Matters’ (RMs) for the £250 million Carlyon Bay development has been lodged with Cornwall Council and is expected to be considered by the Strategic Planning Committee in February.

The detailed designs are based on the hybrid planning permission’s parameter plans which were unanimously approved by the council in 2011 and form the framework for the RMs.

The developer, Commercial Estates Group (CEG), is hoping to start the demolition of the Coliseum and clear up of Crinnis Beach in spring next year – but is dependent on a number of factors including the bird nesting season environmental restrictions, bat licences from Natural England, planning permission for a new bat home, the discharge of conditions and the determination of the RMs.

If that window of opportunity is lost, says CEG, the demolition would have to be postponed to the autumn.

Around 250 architects’ drawings are included in the submission which provides detailed information on the scale, layout, appearance, means of access and landscape of the resort.

Hundreds of local residents visited two public exhibitions in July and September, which featured the work of two newly-appointed architect firms, Squire and Partners and Pencil & Ink.  Landscape architect LDA Design, whose previous projects include the London 2012 Olympic Park, is a further addition to the design team.

CEG’s development director, Jon Kenny, said: “Carlyon Bay will be a transformational place which embraces the culture, transitional landscape, natural light and character of the site.

“We’re very excited about moving forward with this flagship project which will boost the image of St Austell and give the clear signal that the area is a great location for investment as well as bringing hundreds of full time, quality jobs to the area.”

A partnership with Cornwall College will create a range of career opportunities including bespoke training facilities and a number of apprenticeship schemes.

If the Coliseum is demolished in early 2015, the developer hopes to create a hub of “pop-up activity” on Crinnis next summer for the public to enjoy.

Kenny added: “Sam’s proved very popular and we’d like to further explore the possibility of having more amenities down here so it becomes a focal point for the community to visit and a taster of what’s to come.” 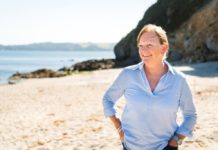