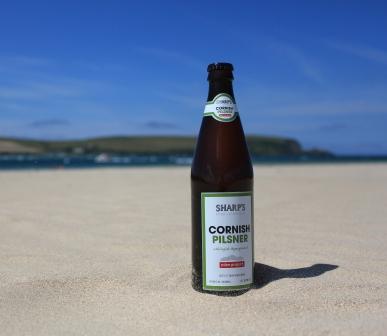 Sharp’s Brewery has teamed up with the Eden Project to produce a new Cornish Pilsner.

The collaboration follows on from the success of Eden Ale, and Sharp’s head brewer Stuart Howe has continued his work with Eden’s horticulture team, which grows the thyme that gives Cornish Pilsner its distinctive flavour.

Tracey Smith, Eden’s commercial projects and relationship manager, said: “We’re very pleased to have worked with Stuart and the Sharp’s team on the new Cornish Pilsner and it’s great to have Eden-grown thyme which is an integral part of this delicious, refreshing new beer.”

The 5.2% ABV beer is available online, at the Sharp’s Brewery shop and the Eden Project in Cornwall.