A new recruit at a St Austell-based property company is hoping to bring the house down after starting a part-time career as a stand up comic.

Gareth Wellington, who joined Liddicoat Sanderson Potter’s letting agency in January, has recently revealed to his colleagues that a double-life after performing in Truro.

Wellington, 22, who started performing at school, has been described by friends as a cross between Ricky Gervais and Jack Dee.

He said: “I was always a joker at school and that’s where it all started.

“But it’s only recently that I’ve had the chance to start performing stand up and I’m really enjoying and want to get more gigs in local pubs and clubs.

“My friends’ reference to Gervais and Dee is based on my sarcastic approach and the fact I find fault in everything. I think I just love moaning!”

Liddicoat Sanderson Potter partner, David Sanderson, said: “When Gareth joined our team in the New Year we had no idea that he was a comedian. In fact we only found out quite recently.

“He’s quiet in the office, very polite and I think our customers will be surprised to find out what he gets up to in his spare time!” 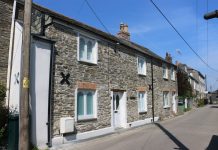 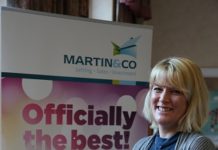 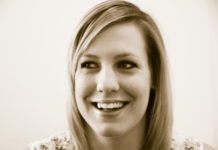