EGS Energy has welcomed yesterday’s announcement from the Department of Energy and Climate Change (DECC) for a further £1 million of funding under its Deep Geothermal Challenge Fund (DGCF).

EGS received a little over £2 million in the first round of the DECC DGCF and its application for planning permission for a hot rocks energy plant at The Eden Project in Cornwall is being currently being considered by Cornwall Council.

EGS Energy’s MD, Guy Macpherson-Grant, said he is looking forward to presenting by the closing date (October 29) a further compelling argument for support of its plans to develop several engineered geothermal system power plants in the UK, generating inward investment and local jobs and knowledge transfer.

“Geothermal power from the south west alone could provide up to 2% of the UK’s electricity needs. Offering this funding will give UK-based innovators a chance to get their projects off the ground and into our energy mix.” 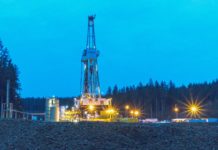