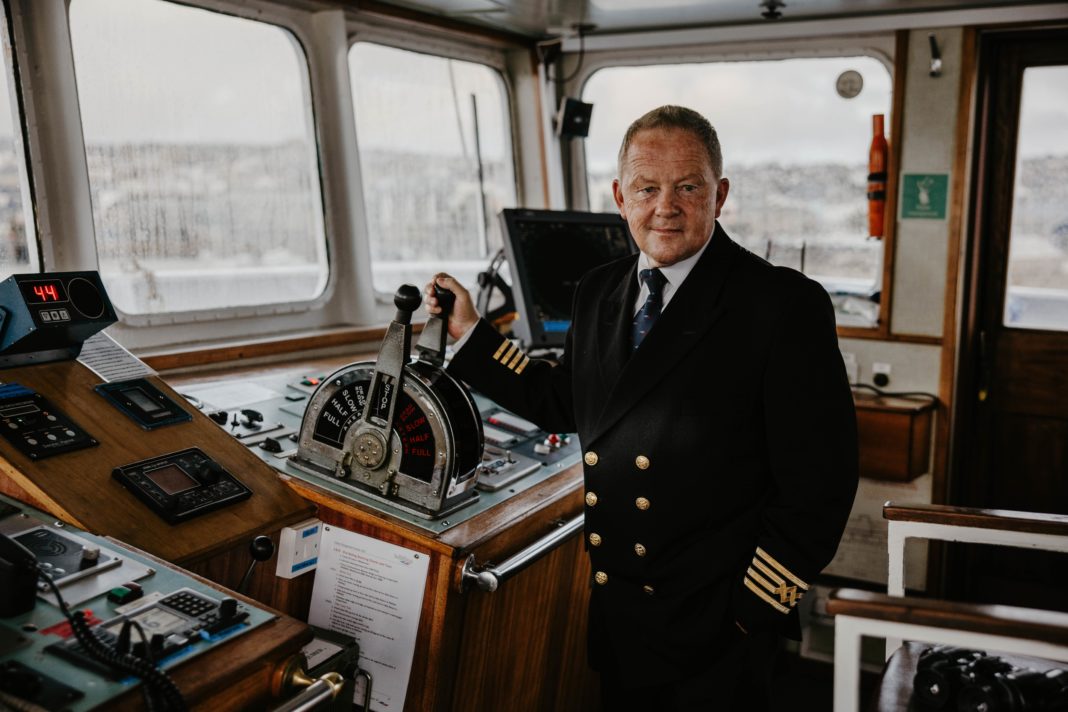 Scillonian III marked the end of an era on Sunday (Nov 6) as Master Pete Crawford made his final voyage from St Mary’s to Penzance after 39 seasons on board.

Crawford, 60, will be retiring in January after sailing approximately 666,000 miles on Scillonian III – or more than 30 times around the world.

It is estimated he has made more than 9,000 return journeys to the islands and carried more than two million passengers.

“It’s been an honour and a privilege to have worked on board such an iconic and well-loved ship,” he said. “I’d like to thank the Isles of Scilly Steamship Company for giving me this opportunity, and the Scillonian crew past and present. I couldn’t have done it without them.”

Crawford, who lives in Penzance with his wife Angie, joined Scillonian in 1983 as a 22-year-old radio officer. His first job was collecting tickets from passengers on the gangway.

With the company’s support, Crawford studied for his deck tickets and in 1992 became Scillonian III’s chief officer, before taking over as relief master in 2002.

Islanders turned out to wave and cheer as he departed St Mary’s for the final time on Sunday, with flags spelling “Thank You Pete 39” unfurled from the mast of Scillonian III. He was greeted on arrival in Penzance by his Steamship Company colleagues standing to attention on the quay, freight ship Gry Maritha’s fire hoses spraying in the air and a surprise party in the Queen’s Hotel, which he described as “both humbling and emotional”.

Stuart Reid, chief executive of the Isles of Scilly Steamship Company, said: “On behalf of the company, I would like to extend a heartfelt thanks to Pete for almost four decades of dedicated and unwavering service.

“Pete’s support of and commitment to the Steamship Company has been nothing short of exceptional. His hard work and bountiful knowledge is respected by not only our passengers and employees, but also the communities of both Penzance and the Isles of Scilly in which he has developed an extremely close connection. Pete will be sorely missed by all at the Steamship Company and he will always be welcome on board Scillonian III.” 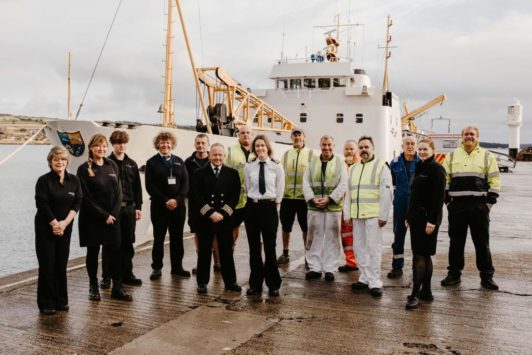