Established 80 years ago and open to those who work with milk across Cornwall, Devon, Somerset and Dorset, the West Country Dairy Award provides £15k of educational funding for those in the dairy industry.

This year’s winner, Penzance dairy farmer Georgina Roberts, won praise for her commitment to developing the industry through good practice, a rounded appreciation of consumer expectation, environmental awareness and the very real economic pressures of production.

Bill Clarke, co-founder and chairman of Glyn-Valley-based Trewithen Dairy, has interviewed every Cornish applicant to the charity for over 20 years with just one exception – he did not interview his own son Francis Clarke in 2006. Francis Clarke, now MD of Trewithen Dairy won the top award that year.

He said: “The fact that five of the winners since 2006 have all come from Cornwall is remarkable. The charity exists to encourage better education and training of those coming into the dairy industry. It doesn’t matter what background people have, we will help them to develop and grow.

“The candidates that have applied for the WCDA have come on in leaps and bounds. We saw a dip in numbers around the millennium but since then they have been really strong, which is fantastic for the industry.”

Involved in farming from an early age, Roberts works alongside her husband and senior members of the family as an integral part of the management team of A Roberts and Sons.

She said that the award for her has been a long time in the making. A finalist in the competition 12 years ago, it was Bill Clarke who gave her an invaluable critique. “He was very truthful; not harsh but honest,” she said.

The feedback was taken constructively; she grew and worked on the points raised and, in between battling health issues and having two children, she returned determined to get recognition not only for what was learned but for the journey she had been on. 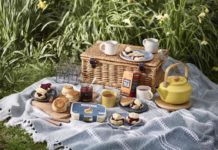 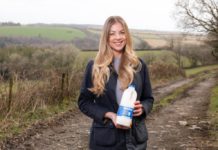