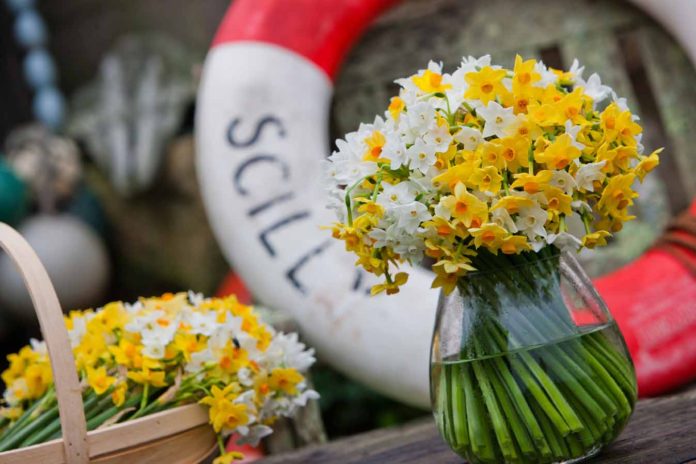 Isles of Scilly freight ship the Gry Maritha has carried one of its largest-ever floral consignments with more than one million stems heading to the mainland ahead of Valentine’s Day. 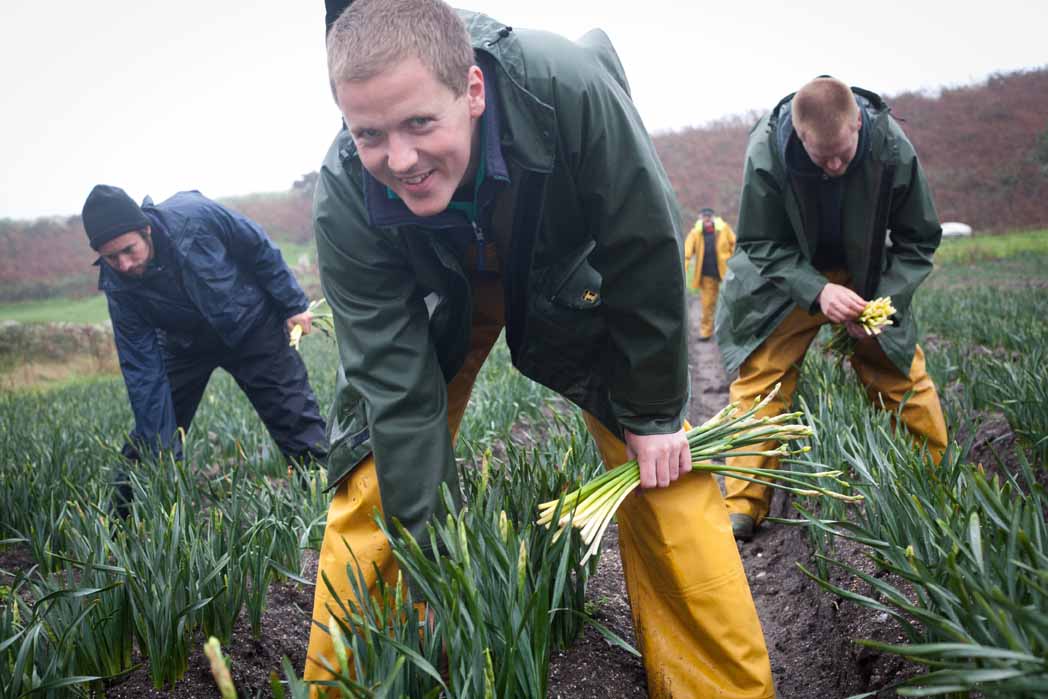 The two main flower producers on the islands – Scilly Flowers and Tremelethen Farm – have been gearing up for one of the busiest times of the year with support from the Isles of Scilly Steamship Company transporting flowers to Penzance for onward distribution across the country.

The cut flower industry, which largely consists of the yellow Scented Narcissi the Isles of Scilly have become famous for, plays a significant role in the land-based sector on the islands, creating jobs and boosting the local economy outside of the peak tourist season.

Scilly Flowers, based at Churchtown Farm on the Island of St Martin’s, runs a home delivery service sending scented flowers across the UK. The company sends out over 90,000 boxes of flowers every year – Scented Narcissi from October until April, and Scented Pinks from May to October.

In the week leading up to Valentine’s Day alone, the company will ship around 3,000 gift boxes across the country.

The Isles of Scilly Steamship Company plays a vital role in the island’s flower industry, transporting flowers both on board the Gry Maritha and by Skybus to Lands End and Newquay Cornwall Airports, as well as shipping the inputs required by the businesses from the mainland.

Zoe Julian from Scilly Flowers said: “The freight link to Scilly is crucial to us as we have to bring into Scilly all the things we need to grow and package our flowers and when we have really big consignments of flowers at times like Christmas and Mother’s Day we rely heavily on the Gry Maritha as that amount of first class post could not all be flown.”

Nick Sanders, group commercial manager of the Isles of Scilly Steamship Company, said: “The flower industry is currently at the peak of its production, and the producers on the islands are working incredibly hard to meet the high demand for Valentine’s Day. The Steamship Company is pleased to be able to play a role in supporting these businesses, as well as supporting the wider Island communities’ needs.”