A west Cornwall business supplying promotional flags to companies and organisations across the UK is setting new standards after achieving ISO 9001.

Sailflags, based in Goldsithney, near Penzance, achieved the International Standard after a rigorous series of examinations into how the company is set up and run, giving potential and existing customers increased levels of confidence in their service.

Launched in 1999 by Pete Williams, Sailflags has grown to create a strong local, regional and nationwide customer base including customers in Europe, all wanting eye-catching ways to promote their events and exhibitions and stand out from the crowd.

Williams said: “We are delighted to have achieved the ISO 9001 standard which companies are increasingly looking for. With our products being used at major events across the UK, as well as at local and regional events such as the Royal Cornwall Show, we felt it was important our customers had the added reassurance of knowing our work conforms to internationally recognised standards.”

The award was made by Roger Preston of International Management Systems Marketing, who said: “Pete and the team at Sailflags already demonstrated and had a lot of very good practices in place which was great to see and which made the process of achieving ISO 9001 a relatively smooth process.”

In addition to achieving ISO 9001 certification, Sailflags is also offsetting its carbon footprint by working with co2balance, which is planting trees to create new woodland near St Austell. 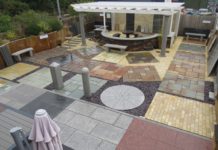 Paving their way to growth 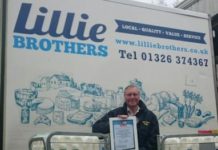 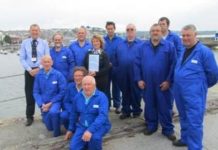