Newlyn-based Seafood Cornwall Training (SCT) has marked its fourth year of trading by awarding its 3,000th training certificate to a local trainee fisherman.

Ben Bengey, from the fishing vessel the Compass Rose, received the certificate from trainer Kenny Downing, for completing his five-day Navigation and Watchkeeping Course, part of the under 16.5 metre skippers ticket and one of the regular courses on offer by SCT.

He said: “It was a nice surprise to receive the 3,000th certificate, and I’m grateful to Seafood Cornwall Training for helping me to progress my career in the fishing industry. I’m just starting out and my ambition is to one day buy my own potting boat, so securing an under 16.5 metre skippers ticket is vital for this.”

SCT chairman, Paul Trebilcock, added: “It is great news that we’ve reached this milestone. I can’t believe it’s only been four years since we began Seafood Cornwall Training as the company is so well established, it’s hard to imagine a time without it. We have a great group of professional trainers and with over 1,000 people trained it’s a great achievement for the company.”

Sign up to Business Cornwall magazine on the iPad 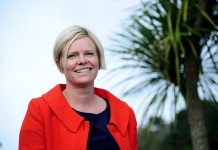