Cornwall Farmers has completed the previously announced sale of its agricultural machinery business.

The remaining part of the business has been sold to Smallridge Brothers of Barnstaple and will operate from Kelly Bray near Callington.

The deal creates two new John Deere franchise areas, one in the west and one in the east. Cornwall Farmers has leased its Penzance and Kelly Bray sites to the new businesses, which are taking on all 32 machinery staff from the co-operative’s machinery division.

Simon Birch, who took over as chief executive of Cornwall Farmers in May, said: “We’re delighted to have concluded the sale of our machinery division and the successful transfer of its staff to the new owners. This deal provides continuity for them and for our members and customers.

“The sale is part of our strategy to focus on our core agricultural and retail business and ensure that Cornwall Farmers remains a powerful force in the rural economy, returning value to members and customers.”

Cornwall Farmers was established 90 years ago and is owned by its 4,200 members. It employs 270 staff and has annual sales of £70 million. 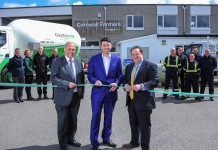 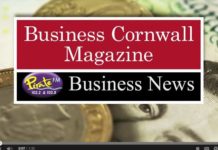