Cornwall’s fishermen face losing out under new quotas announced by Brussels, but the cuts are not as bad as was first feared.

Under the new quotas for 2010, there is a reduction in number of Pollack that can be caught, and also plaice and sole in some areas.

The industry has branded the 5% cut imposed on sole catches as “unjustified” and says it could cost trawlers £250k. It was nearly far worse, however, with a 15% cut originally proposed.

On the up side, the quote for monkfish has been increased by 15%. 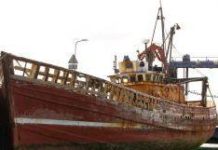