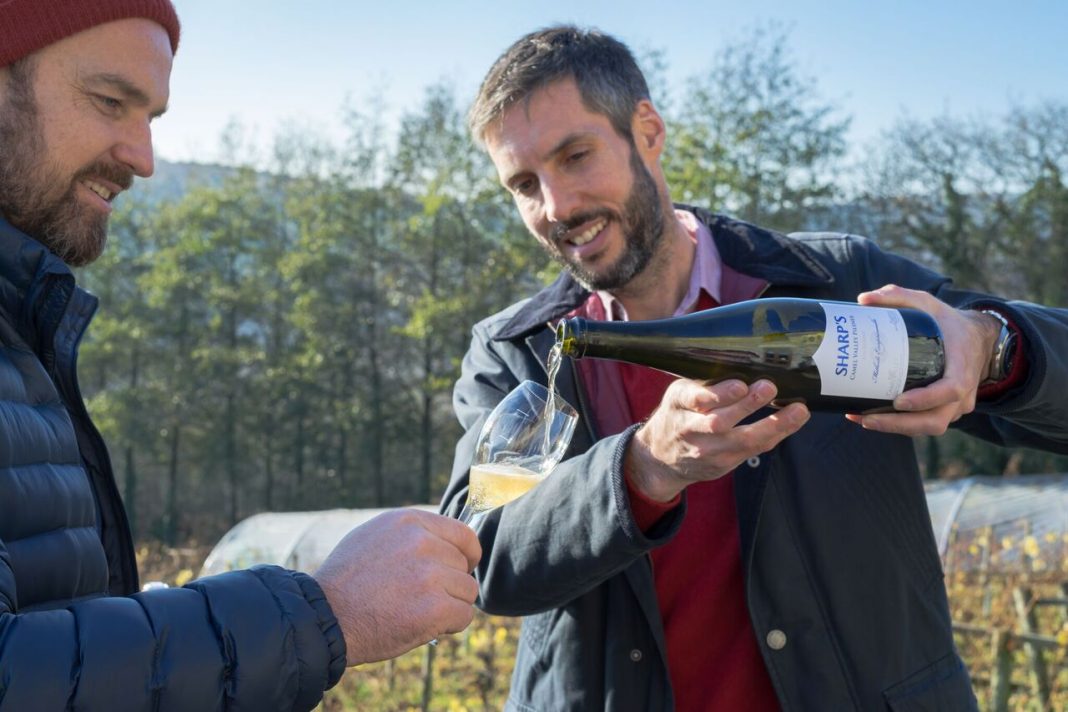 One of Cornwall’s leading breweries has teamed with a renowned local wine maker to produce a limited release Pilsner beer.

The Pilsner was brewed at Sharp’s Brewery, then fermented for two weeks using traditional Pilsner yeast, before being aged on a bed of Saaz leaf hops for 40 days.

Once the beer was in prime condition, it was then transported to Camel Valley Vineyards where head wine maker, Sam Lindo, and his team bottled the Pilsner into traditional Champagne-style bottles and reseeded it with their sparkling Brut yeast.

The beer was then aged for six weeks in the bottle resulting in a final “with a crisp, clean bitterness and the lemony fruit aroma from the Saaz hop”.

Sharp’s head brewer, Andrew Madden, said: “Camel Valley Pilsner is an idea that we have had for a while…we’re all so excited about the final product.”

Lindo added: “Collaborating with Sharp’s Brewery to produce this very special Camel Valley Pilsner has been a wonderful and fascinating experience and I’ve learnt a lot about the different philosophical approach between the winemaker and brewer.

“In winemaking we are very fatalistic on how the wine will turn out,  and with brewing it’s a more pre-empted process, so it’s great to get Sharp’s brewer, Andrew, into this fatalistic approach and so blended together, this has been a discovery process.”

The Camel Valley Pilsner will be available at The Mariners Public House in and available to buy from Sharp’s Brewery shop in Rock and online while stocks last.