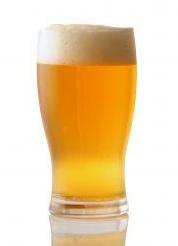 Local Liberal Democrat MP Dan Rogerson has spoken of the importance of pubs and breweries to the economy, both locally in Cornwall and across the country.

Rogerson, who is vice-chairman of Parliament’s All Party Beer Group, spoke during a House of Commons debate on Monday about the levels of tax charged on beer.

MPs were calling on the Government to think about suspending the beer duty escalator – which sees tax on beer increase by 2% above inflation each year.

Rogerson has been supporting calls to suspend the beer duty escalator to help reduce pub closures, to support jobs in the beer and pub industries, and to make sure that going to the pub remains affordable.

He raised the importance of beer and pubs to providing jobs, especially to young people. Citing the example of Sharp’s Brewery in Rock, he asked the Government to be more sympathetic on taxes on beer to make it easier for companies to provide more jobs and training opportunities.

Research by the British Beer and Pub Association shows that pubs and breweries employ around 2,100 people in north Cornwall, providing around £23.8 million in wages for the area.

Speaking after the debate, Rogerson commented: “The beer and pub industries are important employers in our area, and breweries like Sharp’s are keen to take on more young people, to give them training and to provide them with a career.

“That’s why I have been urging Government ministers to be sympathetic on taxes on beer, which would allow companies to take on more young people and provide much needed jobs.

“It would also help to keep pub-going affordable and stem the closure of good local pubs.” 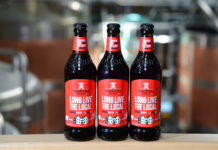