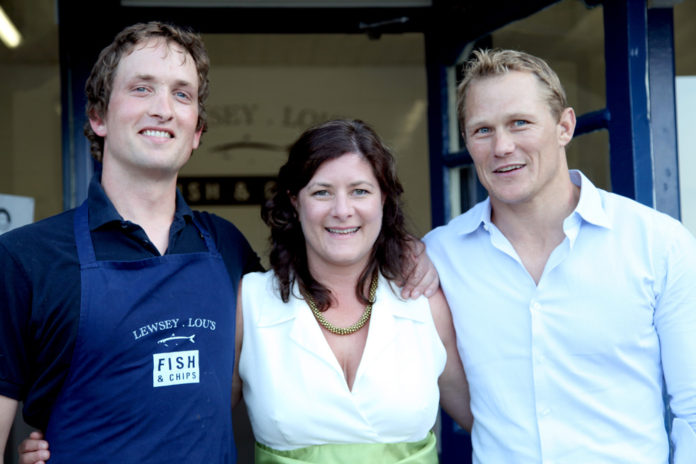 The ‘Lou’s’ part to Josh’s ‘Lewsey’ comes in the form of business partner Louise Treseder, landlady of The Driftwood Spars.

Lewsey Lou’s had it’s official opening last week and is offering more than just your standard cod and chips.

The menu for the evening was planned and created by Lee Lake, head chef and shop manager and was accompanied with the Driftwood’s own ales, including the light and hoppy Dek and Angeline Angevine wine which was supplied by St Austell based winemaker, Knightor.

Lewsey, who has also recently taken the helm at the Cornish Pirates, said: “Something fresh and local should also have the option of being healthy. So not only do we cater for the traditional option but we are also offering a healthier experience. I still try to keep myself reasonably active, and whilst I love a good portion of fish and chips by the sea [who doesn’t?], by offering the different menus ‘going to the chippy’ can still be a healthy choice.”

Full details of the menu and opening times click here