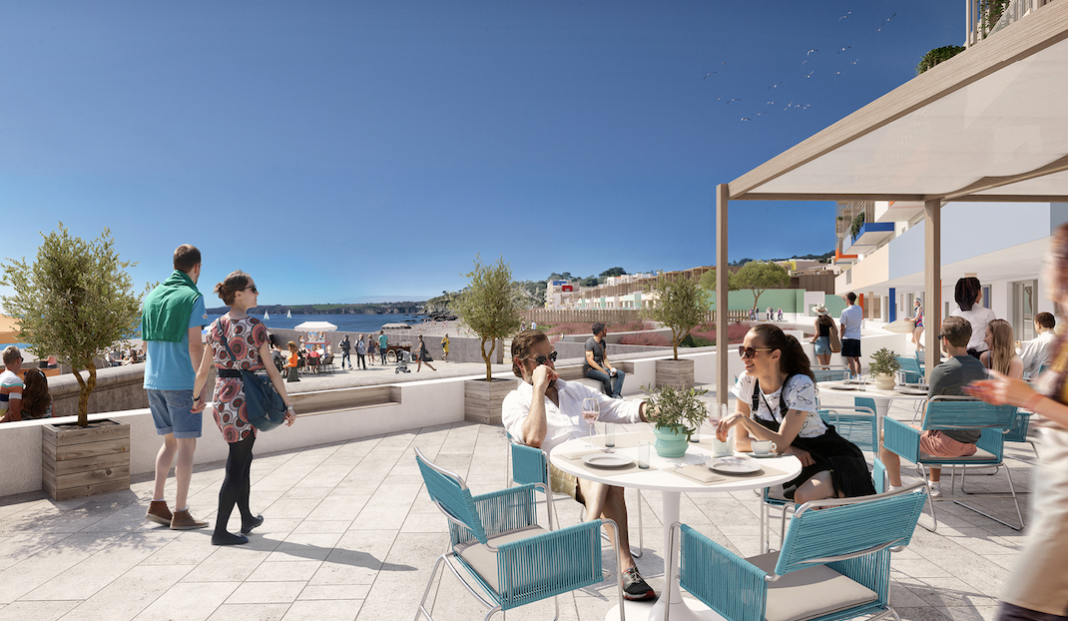 Revised plans for the Carlyon Beach development have been submitted to Cornwall Council, by property group CEG.

The revision to the approved scheme relates to Crinnis Beach and focuses on moving the planned hard sea defences (a recurve sea wall) back landward to enable creation of a largely ‘softer’ sea defence, an engineered raised dune. A stretch of hard sea defence is retained at the eastern end of Crinnis.

Following consultation with the Council and the Environment Agency, CEG says this revised sea defence approach for Crinnis – which will be planted with marram grass, sea couch and other self-colonising plants – will have a lesser impact on the beach and will provide a rich habitat for wildlife.

Public access has been maintained within the revised Crinnis scheme, as per the approved permission for the site. The design incorporates a variety of routes throughout the development as well as across the dune sea defence to ensure easy access to the beach.

Should it be given the green light, the long-awaited development promises to be one of Cornwall’s biggest regeneration projects, ultimately comprising a beachside village of 511 homes with easy access to the stretch of beach at Carlyon Bay, comprising Crinnis, Shorthorn and Polgaver. Restaurants, bars, shops and seasonal pop-ups will also form part of the development.

CEG corporate communications manager Jacky Swain said: “This is a really positive step forward for the Carlyon Beach development. We welcomed public feedback and held virtual consultations in September and October, which proved invaluable in allowing us to progress the plans with these positive changes.

“We look forward to progressing within the determination process and anticipate receiving approval in spring 2021.”

Further information about the project can be found at www.givemyview.com/carlyonbeach.