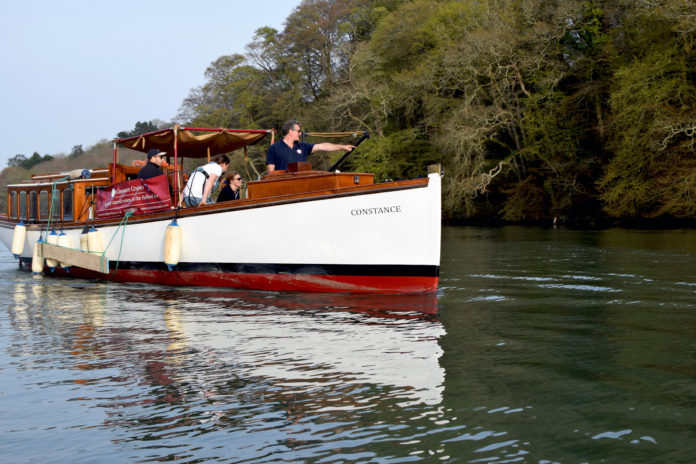 Gweek Classic Boatyard is preparing to crane its electric Victorian launch Constance out of the water after a busy summer for their new venture, Constance Cruises.

Constance Cruises launched in April of this year and has enjoyed a successful first season. Guests aboard Constance, which was restored by the team at the boatyard early in the year, enjoyed cruises down the Helford with afternoon tea, lunch, dinner, drinks and canapés on offer.

Food was provided by the team at Wood Fired Kitchen, headed up by chef Mark Devonshire, who has previously worked with Rick Stein, with a focus on local, seasonal ingredients.

Constance skipper David Furness said: “The season aboard Constance has been an absolute adventure; from the start of the journey, being introduced to the unfinished restoration project in a tent, through to our last cruise of the season.” 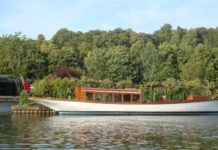 Cruise on a launch for lunch 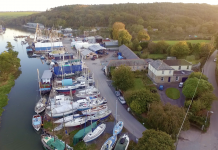