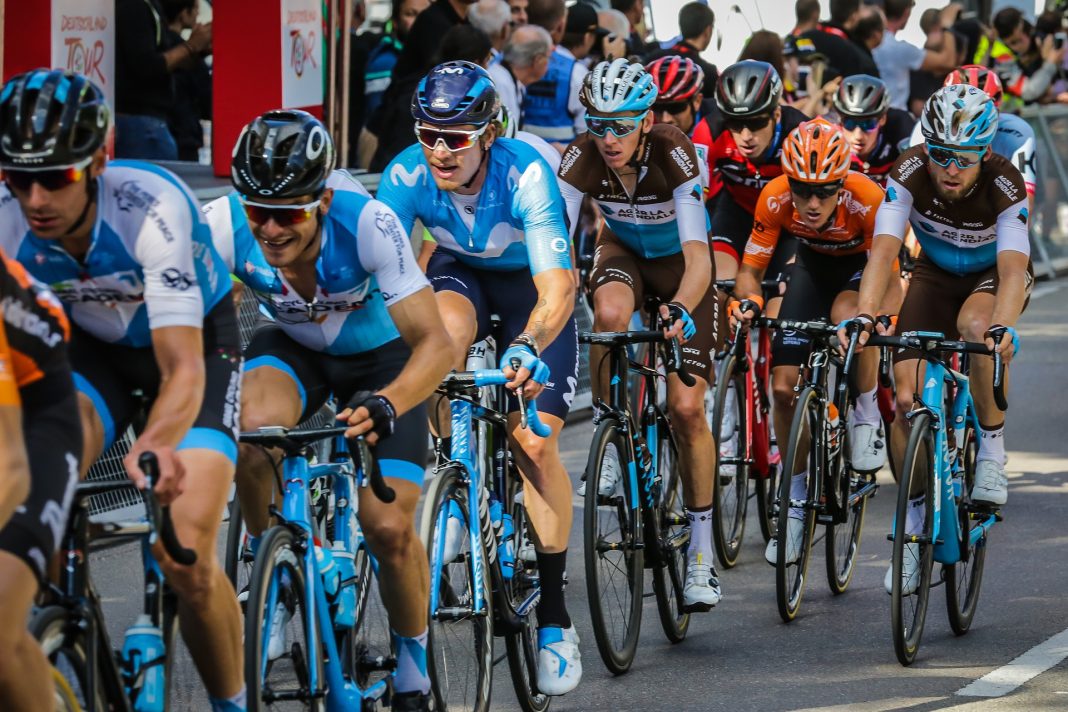 Cornwall could see cycling heroes such as Geraint Thomas and Chris Froome pedalling through its countryside in two years’ time.

A bid to host the opening stage of the Tour of Britain in 2020 could bring an estimated £3.4 million economic boost to local businesses.

There would also be a longer-lasting legacy of raising the profile of cycling in Cornwall and motivating more people to get on two wheels and lead healthier, more active lives.

Cornwall Council’s cabinet will meet to discuss the proposal next week, and, if the plans are given the go-ahead, sponsorship of around £300k would be sought in order to offset the costs.

Research shows the Tour of Britain delivers a boost to local economies, attracting between 150,000 and 250,000 visitors to each stage, increasing local spend across the route, day visitors and overnight stays in the local area.

Cllr Bob Egerton, portfolio holder for planning and economy, said: “The anticipated economic impact of hosting the Grand Depart Stage of the Tour of Britain in 2020 is estimated to be at least ten times the cost of hosting the event and it could be a very real catalyst for attracting investment into our cycling infrastructure ambitions in Cornwall.

“The Tour of Britain is the biggest free-to-watch spectator event in the country and hosting the event will grow the international recognition of Cornwall as a world class year-round active holiday destination.”

David Potter, chair of the Tour of Britain Working Group, has been instrumental in the campaign to bring the tour to Cornwall.

He said: “I have been a fan of professional road racing for over 30 years.

“In 2016, whilst waiting on a roadside in Wales for the noisy, colourful, dynamic circus that is the Tour of Britain to pass by, I began to wonder why the race had not been to Cornwall in its current guise.

“Recognising that Devon has hosted the race many times, I started to look at how to bring the Tour of Britain to Cornwall.

“Inspired by the support of many City, Town and Parish Councils representing over 80% of the population, local MPs and the cycling community, I was absolutely delighted that Cornwall Council supported the commissioning of a feasibility study.

“The spectacle speaks for itself; using the dramatic Cornish landscape as a backdrop, it will be world-class sport and drama being performed on our doorstep.

“Supported by the expected economic benefits, it is a golden opportunity for Cornwall to reinforce its reputation for putting on high quality events and to highlight to the world, the beauty that we experience every day.”

The race attracts some of the world’s leading cyclists, including Chris Froome and Geraint Thomas this year, and it is televised on ITV4 and Eurosport, attracting a minimum of 500,000 viewers per live coverage of each stage.

Visit Cornwall is supportive of Cornwall hosting the event, saying that when the value of the media coverage is included, the economic benefit rises to over £10 million.

Malcolm Bell, CEO of Visit Cornwall, said: “With Cornwall featured on the Grand Depart on a weekend, the profile building value and advertising equivalent value is massively increased, as it will showcase Cornwall throughout that day along with far more people undertaking day visits on a non-working day for many – this in effect doubles and more the direct economic spend on any other day of the Tour.”

The costs have been based on information shared by Devon County Council who have hosted the event ten times in ten years, and on research produced for the Tour of Britain Working Group.