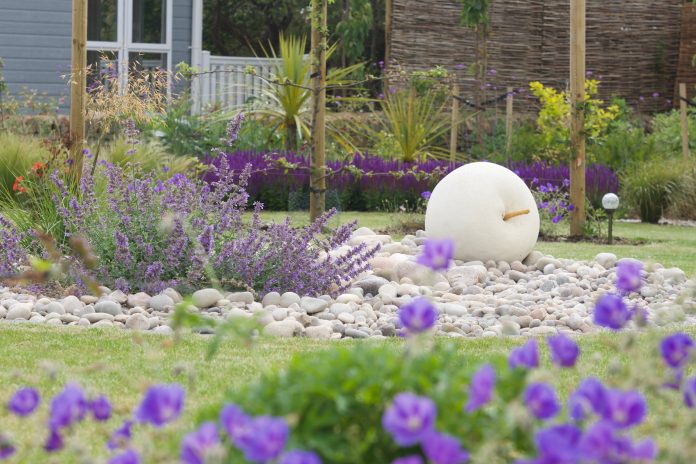 Martha’s Orchard, a new luxury self-catering complex in Constantine Bay, has been awarded a Bellamy Gold Award and been officially recognised as a ‘Honey Bee Friendly’ park.

The site has also earned its first 5 in 5 badge for its wildlife-friendly hedgerows.

Consisting of two newly-built houses and seven lodges, Martha’s Orchard was officially opened by Visit Cornwall chief executive Malcolm Bell at the beginning of July. The secure, gated grounds include a sensory garden and a composting area.

“We’re thrilled to have been awarded gold so quickly after opening,” said Patrick Langmaid, whose family also owns and runs nearby Mother Ivey’s Bay Holiday Park.

“We’ve always taken our environmental responsibilities seriously and are very proud of the fact that Mother Ivey’s has achieved Bellamy Gold Award status for the last 20 years.

“Our aim is not just to create beautiful surroundings for our guests but to encourage them to play their part in protecting and enhancing the natural environment too. This is an Area of Outstanding Natural Beauty and we’re committed to helping preserve it.”