The UK’s first commercial dirt park has marked a major revamp by commissioning the production of a drone video, which features stunning aerial views of the Cornish coastline.

From humble beginnings in 2006, The Track – based at Parc Erissey near Portreath, has been transformed from a flat field, to one of the UK’s leading venues for dirt biking of all abilities.

The drone video – produced by Penponds-based DuckEye.co.uk, begins with a bird’s-eye view of the Cornish coastline and travels along the North cliffs to end up at The Track.

Tonkin commented: “This video is not only selling a day out in Cornwall, but also Cornwall itself; we wanted something that would immediately entice dirt bike enthusiasts and families living outside of the county to want to visit Cornwall itself – anything that helps the local economy, helps us.

“We’ve worked hard over the spring to revamp the site and get ready for our busiest time; hopefully the drone video will generate some bookings for 2018 holidays in Cornwall.” 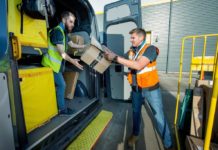