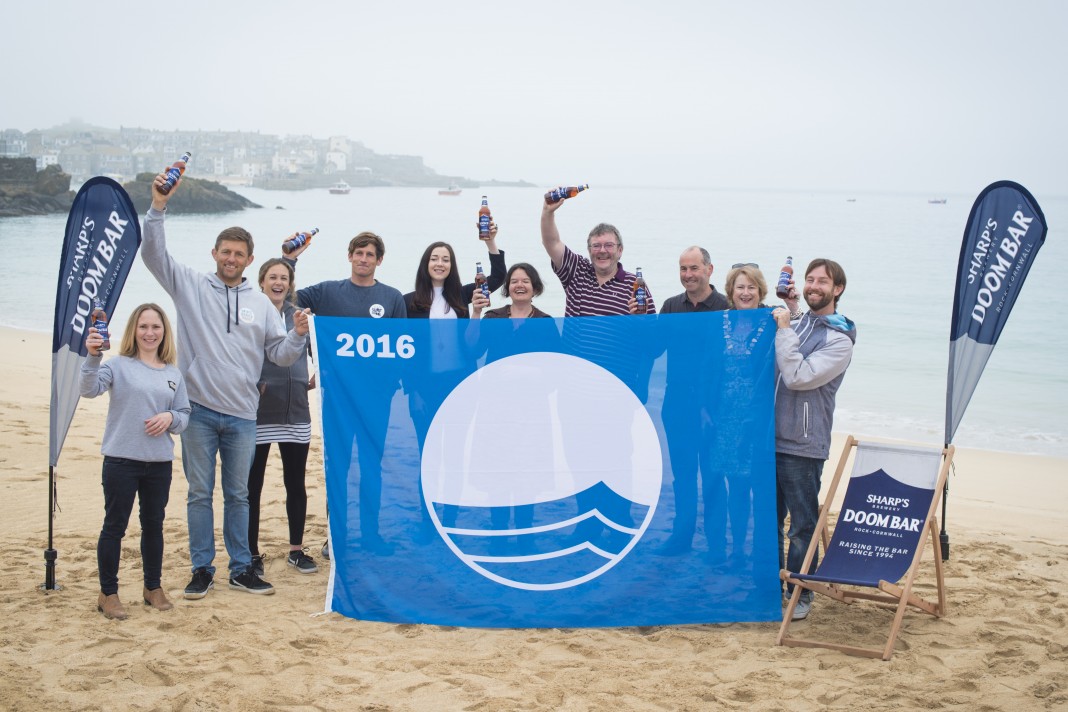 Cornwall has the highest number of Blue Flag accredited beaches in the country.

Prestigious Blue Flags, the international standard for the best beaches in the world, will be flying this season at seven Council-owned beaches – Gyllyngvase in Falmouth, Porthminster and Porthmeor in St Ives, Polzeath, Porthtowan, Trevone and Widemouth, near Bude – plus the privately-owned Carbis Bay.

In addition, Porth near Newquay has been successful in its bid for a Seaside Award and joins Crooklets and Summerleaze in Bude in gaining Keep Britain Tidy’s own award for the beaches that meet the very highest standards for cleanliness and facilities.

Just two years ago, Cornwall only had one Blue Flag beach – Carbis Bay – after the Council decided not to fund the £820 application fees as part of the public spending cutbacks.

This year, all the award applications have been funded by Sharp’s Brewery with Cornwall Council co-ordinating the application process. 5p from every pint of Sharp’s limited edition beers: Rising Tide, Sea Mist, Point Break, Perfect storm and Doom Bar Reserve, will be contributed to the Blue Flag initiative.

Senior brand manager, James Nicholls, said: “With Sharp’s Brewery being based in Rock, north Cornwall, the coastline and our beaches are deeply important to us. We are delighted to have raised over £15k in 2015 through sales of our exceptional, limited release beers.

“In 2016 we are extremely proud to be supporting the coastal community again, helping these beautiful beaches obtain and retain the prestigious Blue Flag status that they so highly deserve. The Blue Flag Initiative does a fantastic job of supporting beaches and communities in coastal areas, and we are pleased to be supporting the charity again within our heartland of Cornwall.”

Visit Cornwall chief executive, Malcolm Bell, said: “This is great news for local residents and our visitors  – it show the quality of these beaches  and give people the reassurance on the excellence  of the  beaches and bathing waters. A huge thanks you for all those involved and to Sharp’s Brewery for supporting the awards.”