A Cornish self-catering specialist is reporting a record number of staycation bookings to date in 2016 – revealing the highest rates in a decade.

Strong business growth prompted a need for the coastal letting agency to develop further to keep up with customer demand. Over the last 12 months the property portfolio has increased by 41%, expanding into new locations including Port Issac, Perranporth and Widemouth Bay.

Business manager, Andrew Easton, said: “Due to increased demand and the rising staycation trend, we’re enabling guests to explore the popular and undiscovered locations along Cornwall’s famous coastline, through our expanding portfolio. It’s great to see Cornwall is firmly on the map for the 2016 holiday season.”

Latest figures from Beach Retreats support research that revealed the south west as the most popular region to holiday in Britain – Cornwall was named as the top domestic destination for staycations.

Research also indicated that short breaks in Cornwall out of peak season have risen in popularity, with 60% of Britons booking a staycation rather than travelling overseas. 57% of people agreed that a British holiday destination offered greater convenience and a sense of escape, in an increasingly time-pressured society. 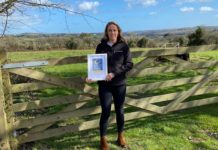 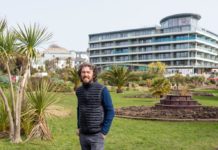