Cornwall is set to be at the forefront of a new £250 million drive to attract Chinese visitors to the UK.

A British/Chinese joint venture has bought Lakeview Country Club, near Bodmin, for £12.5 million and has plans to extend its 100 acres into “the largest and most desirable private waterside village in Britain”.

It will be called Waterside Luxury Village Cornwall and will the first of a number of such schemes, with other developments planned for London, Scotland and the Lake District.

“We have a world-class coastline, landscape, heritage, attractions and culture and this exciting investment will help us to meet our ambitions. We look forward to working with the team as the developments take shape.”

MP for North Cornwall, Scott Mann, added: “Cornwall is a beautiful county and is working hard to stimulate its tourist economy. Therefore, we welcome the Chinese involvement in the building project along with Chinese visitors, with open arms.”

The scheme is a joint venture between The London Group Plc and SinoFortone Group, who were in Cornwall to sign a Memorandum of Understanding on the deal.

London Group chief executive, Simon Hume-Kendall, said: “It is an honour for London Group to be involved in this unique concept through a partnership between two of the world’s greatest and most historic nations.”

Dr Peter Zhang, MD of SinoFortone Group, commented: “We have signed a deal worth more than £250 million, we will create hundreds of jobs locally and long-term economic growth for the British and Chinese people.

“The UK is the most popular European destination for Chinese investment and visitors, our SinoBritish tourism concept is a tremendous opportunity for us to make more of this great market.”

It is hoped that the contract  will be finalised in time for the Chinese State Presidential visit to Britain in October. 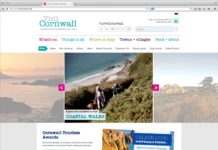 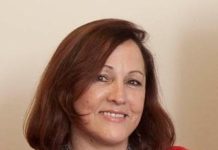