As the first series of Poldark draws to a close this weekend (BBC One, Sunday April 26, 9pm), Cornwall is set to benefit from a boost in tourism thanks to what is being coined as the ‘Poldark effect’.

More than five million viewers have tuned in every week, but images of glistening blue waters, lush countryside and craggy cliffs have proved to be the greatest seduction, sparking a huge surge in Cornwall interest.

During and after each episode the Visit Cornwall website, www.visitcornwall.com, saw 50% more visits than normal, offering Cornish tourism businesses optimism for the summer ahead. 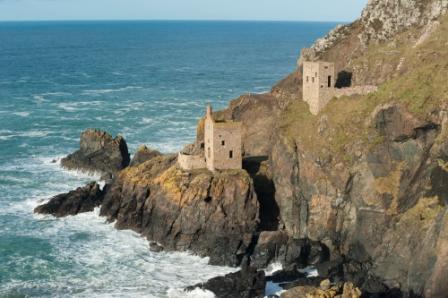 In fact, the uplift in visitor numbers has already begun with some businesses reporting near double year-on-year figures.

St Aubyn Estates Holidays manages the car park and café at Porthgwarra Cove, as well as a number of holiday cottages in the area, and based on takings, estimate that it welcomed almost 100% more visitors this Easter than last year.

“Many of our customers during the Easter period told me that they have been inspired to visit Cornwall, as a direct result of watching Poldark,” commented Kerry Baillie, cottage manager for St Aubyn Estates Holidays.

Visit Cornwall CEO, Malcolm Bell, added: “Film and TV is proven to have a significant influence on holiday decision making so Poldark has been an incredible gift to Cornwall.

“We couldn’t ask for a more powerful showcase and with the second series confirmed it can only get better.

“The series is already showing on Australian TV and other countries such as New Zealand and America won’t be far behind, so there is potential for the Poldark effect to go international.”