The Cornwall Hotel & Spa has been put up for sale with an asking price of £7.5 million.

Set in 43 acres of parkland and woodland near St Austell, the hotel has been brought to market by specialist property adviser Christie + Co.

The 4-Star Cornwall Hotel feature 65 guest bedrooms — nine of which are situated in the Grade II listed Manor House, with a further 56 located in the adjoining ‘Woodland Rooms’, that were constructed in 2008 and 2009.

Within the grounds there are also 22 detached, two-storey lodges, which although separately owned, are managed by the hotel. Planning permission exists for a further 36 lodges.

Matthew Smith of Christie + Co, said: “This is a very exciting opportunity for existing country house hotel operators or new investors to acquire a luxury hotel and spa on a beautiful estate.

“Its 65 bedrooms, food & beverage facilities, spa and holiday lodge potential all come wrapped in a fantastic position — not just in terms of the estate itself, but also in its location in the heart of many of Cornwall’s most popular visitor attractions, such as the Eden project and the Lost Gardens of Heligan.

“Opportunities such as this, combining high-class facilities with robust trading history, are rare indeed, so I anticipate the interest in this being particularly strong.” 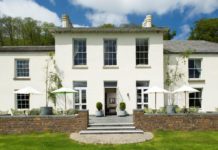 New head chef at The Cornwall 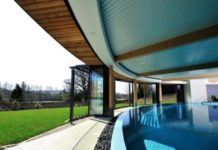